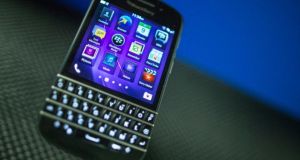 Concerns that struggling smartphone company BlackBerry will not survive in its present form appear to be hurting sales of its new phones, both to businesses and retail customers.

Investment bank Morgan Stanley is delaying a multimillion dollar contract to upgrade to BlackBerry’s latest smartphones amid concerns the company will not survive, according to Bloomberg, which quoted internal sources.

Meanwhile, industry sources in the UK say the new phones – the touchscreen Z10, introduced in January, and keyboard-based Q10, which went on sale in April – “haven’t exactly flown off the shelves”.

The revelations come just weeks after the company announced it had put itself up for sale as part of a decision to “explore strategic options”. – Guardian service