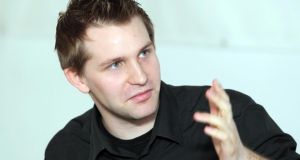 Anyone hoping for a quiet few hours at Luxembourg’s European Court of Justice (ECJ) yesterday went home disappointed. What could have been a dry discussion of 15- year-old EU legislation instead became something far more compelling.

Perched on Luxembourg’s Kirchberg, the golden courtroom was packed with 14 legal teams, including four from Ireland. As lunchtime neared, hunger was soon forgotten as legal counsel for the European Commission was subjected to a pitiless cross-examination by judges at the EU’s highest court.

By 1pm yesterday, what began as Austrian law student Max Schrems nagging Ireland’s data privacy police to investigate Facebook International in Dublin had snowballed into what one ECJ judge yesterday dubbed a “case of great principle”.

The principle: what has become of the fundamental right of all EU citizens to privacy in the era of Facebook and the NSA?

In a slow and tormenting legal striptease, ECJ judges finally got the European Commission counsel Bernhard Schima to admit that so-called “Safe Harbour” principles on what happens to EU citizens’ data in the US are not very safe at all.

That the EU executive advised self-help over Brussels help in securing privacy was a telling moment in this complex case. Another key question for all participants was whether citizens can turn to their national data protection bodies if they feel the commission has failed them?

Yes, say the legal teams for Max Schrems and Digital Rights Ireland. Counsel from Belgium and Austria backed their view, particularly given “blatant interference” by US intelligence in data collection as alleged by Edward Snowden allegations.

UK counsel disagreed that national DPCs should get involved and backed the Irish state and Irish DPC positions. The lead role in “Safe Harbour” lies with the commission and it was inappropriate for the ECJ to “supplant” ongoing EU-US talks on new rules.

The US wields secretive and indiscriminate powers to collect data, he said, and had never offered Brussels any commitments to guarantee EU privacy standards for its citizens’ data. On the contrary, said Mr Hoffmann, “Safe Harbour” provisions could be overruled by US domestic law at any time.

Thus he asked the court for a full judicial review of the “illegal” Safe Harbour principles which, he said, violated the essence of privacy and left EU citizens “effectively stripped of any protection”.

DPC counsel Paul Anthony McDermott SC suggested that Mr Schrems had not been harmed in any way by the status quo.

“This is not surprising, given that the NSA isn’t currently interested in the essays of law students in Austria,” he said.

Mr Travers for Mr Schrems disagreed, saying “the breach of the right to privacy is itself the harm”.

Mr Fennelly SC for Ireland insisted that Ireland applies data protection rules in the same way as all EU member states but said it would “welcome clarity and guidance” on issues before the court.

Clarity will come with the ECJ’s verdict on June 24th. Until then, the man who started the EU privacy ball rolling was satisfied with yesterday’s hearing.

“The Irish DPC and the European Commission are the ones on trial here,” said Max Schrems, “for not taking these issues seriously.”

1 ‘No demand... because there are no people’ at well-known Dublin pub
2 Nearly 30,000 could lose pandemic payment if they do not confirm eligibility
3 HSE says fix for Covid Tracker app rolled out to all Android users
4 Bank of Ireland does U-turn after refusal to reimburse ‘smishing’ victims
5 UK criticised for ‘unforced errors’ on post-Brexit trade deals
Real news has value SUBSCRIBE