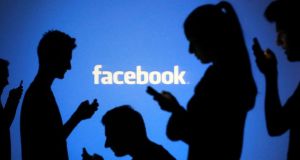 Vienna District Court has dismissed a class-action civil suit against Facebook, headed by Austrian privacy campaigner Max Schrems, saying it has no jurisdiction.

Vienna District Court has dismissed a class-action civil suit against Facebook, headed by Austrian privacy campaigner Max Schrems, saying it has no jurisdiction.

With seven others, Mr Schrems took action in Vienna against Facebook, arguing its terms of service and data collection policies violate EU law and their consumer rights. Some 25,000 other Facebook users transferred their legal claims to Schrems in the class-action suit seeking €10 million in compensation.

In its ruling, Vienna district court did not deal with the arguments of the case but the issue of jurisdiction, hingingon whether it shared Mr Schrems’s view that he is a consumer of Facebook. Austrian consumer law allows private consumers take legal action in their place of residence.

The court disagreed, saying he used the social media service in both private and professional capacity and had a commercial interest in his numerous legal actions against Facebook.

Mr Schrems said he was disappointed and surprised by the ruling but vowed to appeal.

“I am not happy with the ruling but will go to a higher court,” said Mr Schrems to the Irish Times. “The court is simply passing the hot potato on.”

Facebook said in a statement: “This litigation was unnecessary and we’re pleased that the court has roundly rejected these claims.”

Pointing to the large number of interviews, speeches and seminars - some paid - he has give on Facebook and data protection issues, she suggested Mr Schrems was using Facebook partly to enable a case against the company and thus further his career as a data privacy campaigner.

Last April in testimony Mr Schrems said he accepted only around 10 per cent of panel discussion requests - around five invitations a year - from which he earned at most €500 each.

The court said in its ruling it was not clear whether his income from these activities - including a book on data protection - was a low as Mr Schrems claimed, and whether his campaign team were being paid or not.

“It is clear that the complainant is using the enormous media interest in his case against Facebook ... for the sales of his book and his career, even if it was credible that this is a social-societal concern for the complainant,” the judge said in her ruling.

The court said it did not have the impression “that the media attention around his person is disagreeable to him”, something it said heightened the impression that Mr Schrems was a commercial entrepreneuer and not solely a consumer, as he claimed.

Using a case financing firm - earning 20 per cent of any fines imposed on Facebook - only increased the commerical impression of the class-action suit, the court added.

While class-action lawsuits are not unheard of under Austrian law, the court ruled that this suit - involving German and Indian complainants who chose Vienna as their venue for the case - was legally problematic and inadmissable.

During the April oral hearing counsel for Facebook argued that Mr Schrems was not a consumer in the legal sense and argued that the Vienna court had no jurisdiction - neither over the California-based firm nor its Dublin-based international subsidiary.

Dr Wolfgang Proksch, for Schrems, rejected claims that his client was pursuing this case with a commercial intent, saying he “lives for this case but not from it”.

Dr Proksch said today he was surprised by the “peculiar ruling”, saying it gave the impression the court was anxious to pass it onto a higher instance.

Asked by the Vienna court in April why he had ended the Irish case before a final ruling, Mr Schrems said he was unenthused by the idea of 25 years battling the Irish regulator and the “madness” of the Irish court system.

Separately to the Vienna case, the European Court of Justice (ECJ) is currently looking at a separate complaint, initiated by Mr Schrems, that Facebook was involved in large-scale data collection by US intelligence.

The case arose from a complaint by the Austrian man to the Irish High Court against the Irish DPC. It declined to investigate claims by whistleblower Edward Snowden that Facebook contributed to the “Prism” surveillance programme operated by the NSA.

The Irish court asked the Luxembourg court to examine the provisions for data transfer outside the EU, known as “Safe Harbour”. A preliminary legal judgment from the court’s attorney general was expected on June 24 but has been postponed indefinitely.

1 Berkshire Hathaway profits surge despite $10bn writedown
2 Financial ombudsman warns consumers of attempted scam
3 ‘Saudi Arabia is where the opportunities will happen in future’
4 So you want to invest in the stock market: what will it cost?
5 Facebook content moderator lodges High Court action
Real news has value SUBSCRIBE