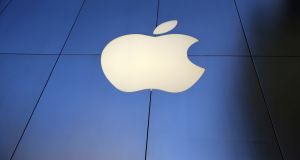 Apple has completed the merger of its Luxembourg-based operations with its Cork-headquartered distribution unit in a move that will see the company relocate its international iTunes business in Ireland early next year.

The technology giant, which announced plans to create an additional 1,000 jobs locally earlier this year, was recently granted planning permission for an expansion at its Hollyhill site, where the iTunes business is to be based.

“Apple has been operating in Ireland since 1980 and now employs nearly 6,000 people. As we continue to expand our operations in Cork, we are moving our iTunes business there and will support content stores for more than 100 countries from our campus at Hollyhill,” the company said in a recent communication with suppliers.

The international iTunes office had been located in rue Sainte-Zithe in Luxembourg since 2004. The unit closed early in July, according to a media report carried in the Luxembourger Wort newspaper.

The decision to move the company’s iTunes business to Ireland comes despite the European Union ruling last month that the Irish Government should collect €13 billion in back taxes from Apple.

The Government recently confirmed plans to appeal the ruling.