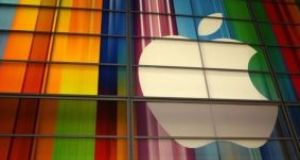 US tech giant Apple will pay Italy’s tax office €318 million to settle a dispute and sign an accord next year on how to manage its tax liabilities from 2015, a source said on Wednesday.

The deal comes as the EU and national governments take a tougher stand against profit-shielding arrangements used by multinationals. Italian prosecutors have been investigating allegations that Apple failed to pay corporate taxes to the tune of €879 million euros in 2008-2013 by reducing its taxable income when it booked profits generated in Italy through its Irish subsidiary.

“Apple will pay the tax agency €318 million and will sign a new tax accord for fiscal years 2015 onwards early next year,” the source said. The tax office earlier confirmed a report in La Repubblica newspaper that it had reached a deal with the iPhone maker but declined to say how much the US company had agreed to pay. The source said that while the judicial investigation, which also regards three Apple managers, remained open for now, the settlement with the tax agency would likely have a positive impact on the investigation. Apple could not immediately be reached for comment.

The global financial crisis spurred cash-strapped governments to crack down on tax avoidance and prompted complaints that companies cutting their tax bills to the bare minimum were getting an advantage in breach of EU rules.

The agreement with Italy comes as an EU tax ruling on Apple’s dealings with Ireland is looming. The EU last year accused Ireland of swerving international tax rules by letting Apple shelter profits worth tens of billions of dollars from revenue collectors in return for maintaining jobs. The ruling could have a “material” impact on Apple if it was determined that Irish tax policies represented unfair state aid, forcing the US company to pay past taxes for up to 10 years, it has said.

Apple is one of several companies, including Google and Amazon, to become the target of tax inquiries in Europe and beyond. The European Commission has already ordered Dutch authorities to recover up to €30 million from US coffee chain Starbucks and Luxembourg to do the same with Fiat Chrysler for their tax deals. Apple is also facing criticism on its home turf in the US because of the so-called inversion deals, whereby a company redomiciles its tax base to another country.

Apple holds $181.1 billion (€166m) in offshore profits, more than any other US company, and would owe an estimated $59.2 billion in taxes if it tried to bring the money back to the US, a recent study based on SEC filings showed.

1 BOI customers to be charged twice with bank fees on New Year’s Eve
2 Irish designer of Oxford vaccine: ‘I’ve never worked so hard in my life’
3 Covid-19 will worsen housing affordability, report warns
4 Being polite in work emails is more important than ever
5 O’Flynn and BlackRock to double money with €100m sale of former HP campus
Real news has value SUBSCRIBE