The flotation of Ryanair, 1997 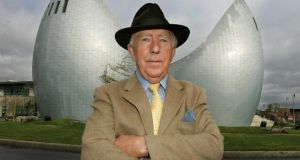 It seems hard to credit now but there were doubts about Ryanair’s long-term viability as a public company in advance of its stock market debut in Dublin and New York on May 29th 1997.

The previous year, Ryanair had carried just shy of 3 million passengers, employed 605 staff and had two airport bases, Dublin and London Stansted. The view of some analysts was it could struggle to compete with the likes of Aer Lingus and British Airways, which had deeper pockets and established track records.

These concerns proved to be well wide of the mark. Ryanair’s shares were more than 18 times oversubscribed at the time of its IPO, and the share price soared on its first day of trading.

History has shown Ryanair to be one of the most successful airlines ever to take flight. Founded in 1985 by entrepreneur Tony Ryan, it struggled to take off in the face of stiff competition from then State-owned Aer Lingus.

Michael O’Leary’s appointment as chief executive and the decision to recast the airline in 1990 as a low-cost carrier styled along similar lines to Southwest in the United States, transformed the business, along with the decision by the late Séamus Brennan, a former minister for transport, to allocate the Dublin-Stansted route to Ryanair and to give it sole carrier status on some other routes out of Dublin.

This carve-up protected Ryanair from competition by Aer Lingus and gave it time and space to grow.

The airline has flourished in the intervening years, in spite of the many negative headlines that its heavy-handed approach to customer service has generated across Europe. In 2012, Ryanair carried 79.3 million passengers from more than 50 hubs. Its shares trade at around the €6.40 mark and it has a market capitalisation of €9.2 billion.

It is the biggest company on the Irish Stock Exchange with a primary listing in Dublin.

Since its IPO, it has wiped the eye of many of the so-called national flag carriers and made three tilts at buying Aer Lingus, where it is the biggest shareholder.

O’Leary now has his sights set on carrying 110 million passengers by 2019 and is even promising a softer approach to customers.

The question now asked about Ryanair is what happens when the Mullingar man eventually takes his leave of the business.

The story in the media

Ryanair made its stock market bow on May 29th, 1997, floating in Dublin at 195 pence per share. In its markets report on May 30th, 1997, The Irish Times noted that the share price “immediately” dealt up to 250 pence from its flotation price of 195 pence and then moved “progressively higher” to close in after-hours trading at 315 pence.

According to the history section of Ryanair’s website, this left the airline’s staff sitting on more than €100 million worth of shares.

In a press statement, Ryanair Director James Osborne said the company was “delighted” with the demand for shares and described the IPO as a “significant step in establishing Ryanair as Europe’s low-fares airline”.

Airline Financial News, a specialist trade media, quoted Chris Tarry, then a transport analyst with Kleinwort Benson Dresdner, as saying the “key [consideration] is how the shares behave in the aftermarket. Ryanair is a small operator, and the whole area of start-up [airlines] in Europe is very embryonic. Ryanair has had a very good start flying VFR [visiting friends and relations] traffic between Ireland and the UK. The challenge for Ryanair is to build on its success by establishing new areas of business”.

The Ryanair flotation was regarded a personal triumph for entrepreneur Tony Ryan, who had failed in his attempt to IPO his Shannon-based aircraft leasing company GPA in 1992, and subsequently lost control of that business. Ryan and his family raised about €50 million from the sale of shares in the IPO.

Save for perhaps Denis O’Brien, who helped to kick-start a telecoms revolution here and who was the inspiration for a generation of techie entrepreneurs, Michael O’Leary is probably the most influential figure in Irish business over the past 25 years from his time at the controls of Ryanair.

Like him or loathe him, O’Leary has revolutionised air travel for consumers and transformed the business of tourism, not just in Ireland but across Europe.

Hotels, guest houses, restaurants, bus companies, ski resorts and a raft of other traders have all grown on the back of Ryanair offering flights to far-flung parts of Europe that few people previously knew existed.

Ryanair has survived two Gulf wars, the after-shocks of the 9/11 attacks on New York, the effects of the global financial crash of 2008 and the Europe-wide austerity it has spawned, and soaring fuel prices.

Airlines across the continent have aped Ryanair’s decisions to scrap free in-flight snacks, to charge for checked-in luggage, and impose other fees.

Ryanair and O’Leary have also mastered the art of generating cheap publicity by slagging off competitors, regulators, civil servants and Government Ministers whenever they feel the company’s business model is threatened, and through the use of cheeky advertising.

Hell hath no fury like O’Leary scorned. As business correspondent for The Irish Times, I covered aviation from 2007 to 2013. At a press conference in August 2011, O’Leary criticised the Central Statistics Office for the way it compiled its visitor statistics.

I wrote a piece for The Irish Times afterwards, headlined, ‘Fact or Fiction? A closer look at O’Leary’s statements’. There followed a number of letters from Ryanair to The Irish Times, accusing me of “factual inaccuracies and defamatory reporting”. Although Ryanair executives continued to deal with me when I worked on aviation stories, Michael O’Leary never spoke to me again.

In 1997, Ciarán Hancock was a group editor of specialist newsletters covering accounting and management consulting. He is now finance correspondent of The Irish Times