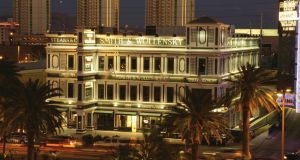 The Irish company said on Monday that will take control of seven of the chain’s eight steakhouses under the deal’s terms.

Smith &Wollensky’s New York outlet will remain in the hands of its founder Alan Stillman.

Danu is also acquiring worldwide rights to the Smith & Wollensky brand, outside New York, as part of the deal.

Last year Danu opened its only non-US outlet in London under a licence agreement with the group.

The Irish company said that it plans to invest heavily in the chain and open new restauraunts in the US and worldwide.

Danu already owns the Mercantile Group, which has a number of high-profile Dublin pubs and clubs, including Café en Siene, Opium, Soder & Ko, The George and Whelan’s.