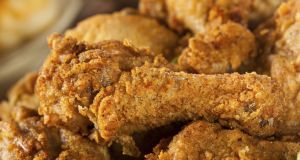 The main company behind the KFC fast-food franchise in Ireland is in talks to renew its banking facilities, as sales slipped in its most recent set of accounts.

Financial statements have just been lodged for Herbel Restaurants (Ireland), one of the main cogs in the empire of low-profile Belfast property developer Michael Herbert and his wife, Lesley Herbert.

The accounts, for the 15 months to the end of last March, show sales of €18.3 million. This is €2 million up on the last set of accounts, which were for a 12-month period, suggesting that, over the 15 months, sales fell on average.

The company, which operates some of the more than 70 KFCs in Ireland, recorded a loss of almost €9 million after writedowns of €4.5 million on an inter-company loan.

The accounts say Herbel made an operating loss of €2.9 million over the 15 months, compared to the €2 million profit banked the previous year.

The company is still sitting on shareholders’ funds of €30 million. This, however, is mostly due to gains in its extensive property portfolio, which cost more than €60 million to assemble and is up more than 50 per cent in value.

The company employed 230 staff, up marginally.

An overall picture of the finances of the Belfast-based Herberts’ KFC franchise is difficult to ascertain, as the UK sister companies to Herbel have yet to file accounts for the same period.

The accounts suggest the company is evaluating offers on new banking facilities, and say the directors are confident of sealing a deal soon.

The statements also show Ms Herbert is the controlling shareholder of the group, and not her husband as is often misreported.