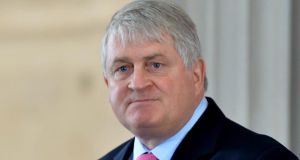 Actavo, whose businesses include the old scaffolding and services group, Siteserv, said on Thursday that 2015 profits grew 25 per cent to €18 million, while sales were up one third at €431 million.

Siteserv subsidiary Sierra was one of a number of companies hired by Irish Water to install meters at homes around the Republic, putting it at the centre of the water charges row.

Mr Corkery said that Sierra continues to work for Irish Water in partnership with another company, GMC Utilities, but it amounts to less than 1 per cent of the group’s business.

He confirmed that as the State utility moved ahead with plans to renew the Republic’s water treatment and supply systems, Actavo would bid for contracts to work on the various projects that this is likely to involve.

“As Irish Water moves to the next level, we will bid for some of that work,” he said. “Ideally we would like to do that with GMC and other partners.”

Actavo employs 5,000 people in the Republic, Europe, Canada, Caribbean, US and Central Asia. About 70 per cent of its turnover comes from outside Ireland. Mr Corkery said that it was continuing to trade strongly in 2016.

Actavo has three main businesses. Networks includes cable installations for the likes of Virgin Media and Sky and for Google in the US. Industrial services provides maintenance for the oil and gas and shipping industries in the UK and Central Asia.

Its structural division is indirectly connected to Siteserv’s original business. It hires and sells equipment to builders, and provides stages and other structures for events, including the Glastonbury rock festival.

Actavo may look at buying further companies to add to last year’s purchase of Atlantic Engineering Services in the US. “Our aim is to be a billion euro business by 2020,” its chief executive said. However, he added that a stock market launch was not a priority.

Mr O’Brien’s purchase of Siteserv from the State’s Irish Bank Resolution Corporation is subject of an inquiry ordered by Minister for Finance, Michael Noonan. Mr Corkery said that the investigation was having no impact on Actavo’s operatoins. “If they want anything from us, we’re happy to provide it,” he said.