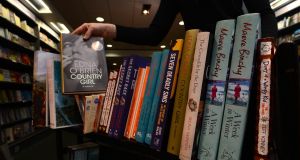 Irish booksellers have asked the Government to delay a new national public tender on the supply of library books, which it says could force Irish companies out of business. Photograph: Cyril Byrne / THE IRISH TIMES

Irish booksellers have asked the Government to delay a new national public tender on the supply of library books, which it says could force Irish companies out of business.

The Booksellers Association said the plan for a national tender for the supply of books to Irish public libraries had “frightening implications” for the wider bookselling and publishing sector in Ireland.

The association believes about half a dozen specialist library supply companies in Ireland could close down as a result of a “winner takes all” national tender, estimated to have a value of almost €40 million. Each of these companies employs at least 10 people.

In a letter to TDs and Senators, the Booksellers Association and Publishing Ireland write that the “innocent-sounding measure” of a national library procurement process will “do real and lasting harm to Ireland’s booksellers as well as to Irish culture”.

The association is calling on the Government to delay the tender, which is due to be published in September, for a year. It also wants it to break the tender into several regions and insert a “social inclusion” clause similar to the “sustainable procurement duty” in operation in Scotland.

If the tender is won by an international company, this will ultimately “do damage to the range of Irish-published material available in Irish libraries”, it argues.

Irish book suppliers have “a better understanding” and “better relationships” with the publishing industry here, said Frank Kelly, chair of the Irish branch of the Booksellers Association of UK and Ireland and the managing director of the Book Nest Library Supply.

Some independent booksellers also have relationships with local libraries that help them to survive, he added.

The sector fears a repeat of last year’s national tender process for books supplied to academic institutions. This was awarded to Coutts Information Services, which is now part of ProQuest, a company based in Michigan in the US.

Mr Kelly said that even if one of the Irish companies won the national public tender, it would be a “poisoned chalice”.

At the launch of a document called the Bookselling in Ireland Manifesto in Dublin on Thursday, the association said it was seeking a special exemption on the level of commercial rates paid by independent bookshops.

The trade body, which represents more than 200 bookshops in Ireland, said the number of independent booksellers had fallen partly as a result of business rates that are “too high”.

Town centres “will be left with pound shops and coffee shops” if the Government does not introduce exemptions for smaller booksellers that typically operate under low margins and “are very much under the cosh because of Amazon”, Mr Kelly said.

Bookshops are “economics, but nice economics” and they enrich the cultural life of Irish towns, he said.

The manifesto also calls for money to be ringfenced for the supply of library books to every Irish school and for the 0 per cent rate of VAT on books to be maintained.

1 ‘No demand... because there are no people’ at well-known Dublin pub
2 Revised help-to-buy scheme opens for applications
3 Divorce: What will it cost and can you afford it?
4 Apple received $250bn dividend from Irish subsidiary in 2019
5 Transferring the family farm without a tax headache
6 Post-Covid television starts to shape up – but with missing pieces
7 Nearly 30,000 could lose pandemic payment if they do not confirm eligibility
8 HSE says fix for Covid Tracker app rolled out to all Android users
9 Cairn Homes revenues down but average price of starter homes nudged up
10 ComReg criticised for ignoring request to update pricing models
Real news has value SUBSCRIBE