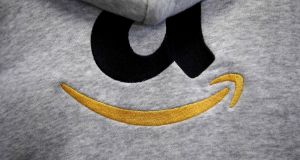 Online retailer Amazon is set to enter the British fresh food market after striking a supply deal with supermarket Morrisons, potentially ramping up competition in the already cut-throat sector

Amazon has launched its biggest foray into food outside of the United States with a deal in Britain to offer fresh and frozen goods to customers, in some places as quickly as under one hour, in a deal with supermarket Morrisons.

Amazon will now add fresh and frozen products to its existing offering of packaged grocery goods, setting it up against established online rivals Tesco and Ocado in Britain’s advanced online retail market.

“The advance of Amazon as a participant in UK grocery is a potential challenge to the whole trade, in time,” Shore Capital retail analyst Clive Black said on Monday. “Any new entrant is, but particularly the American behemoth.”

The tie-up boosted shares of Morrisons, Britain’s fourth biggest supermarket, which had been a laggard in online sales. Since 2013 it has outsourced logistics for its own online food business to Ocado, a British purely online grocery retailer.

Morrisons shares rose by 5 per cent. Those of Ocado fell 10 per cent on fears the deal would increase competition and reduce the likelihood that Amazon could one day buy the British online firm. Market leader Tesco’s shares fell by 3 per cent.

“Tesco could soon be about to find out what it’s like to be David rather than Goliath, ” said Retail Vision consultant John Ibbotson.

Morrisons announced separate plans on Monday to extend its own online grocery deliveries to the whole of the UK, in agreement with Ocado. It would take space in a new Ocado London warehouse while Ocado will provide Morrisons with software to fulfil online orders from its own stores.

For Morrisons’ rivals, the arrival in the coming months is likely to bring yet more pain to a sector which has been convulsed by fierce competition in recent years, with shoppers turning online and to discounters and convenience stores.

Amazon launched delivery of fresh food in Seattle in 2007 and has moved to a handful of other US cities since then. Its expansion into food in the rest of the world has focused so far just on packaged goods due to the complexity of delivering fresh and frozen products.

However, it is seen as keen to extend its food offering, just as supermarkets are increasingly competing on its home turf by selling more non-food products online.

Amazon has also begun surveying UK customers about their use of restaurant delivery services, in what analysts said was likely the first step in an international expansion of a business it rolled out in the US last September.

All of Britain’s big four supermarkets - market leader Tesco, Wal-Mart’s Asda, Sainsbury’s and Morrisons - have seen sales and profits hit as they cut prices to stem the flow of shoppers to German discounters Aldi and Lidl.

At the same time they are having to build the necessary infrastructure to meet the demand for online deliveries. The British Retail Consortium predicted on Monday that 900,000 retail jobs could go by 2025 as the industry moves online.

The UK online grocery market is predicted to nearly double to £17.2 billion pounds in the five years to 2020, according to industry research group IGD.

Retail analysts have long speculated the US company was gearing up to launch Amazon Fresh in Britain after it previously tested a small range of chilled and frozen items in the country.

Morrisons, with a smaller footprint in the more affluent areas of London and the south east of England than Tesco and Sainsbury’s, may have gambled that it could cope better with the arrival of Amazon which would typically target those areas.

Amazon has offered some food and drink items to UK customers since 2010, when it launched its Grocery Store, and in November it launched a packaged groceries offer for Amazon Prime members, who pay an annual fee.

Analysts at Bernstein said the deal meant Amazon could now target every part of the retail sector - from the big weekly shop to the short trip to the local store to buy bread, milk and vegetables.

“Morrisons may feel that Amazon isn’t really a threat for its smaller stores in the North of England; on the contrary on our recent store visit, we saw a nice new shiny Amazon locker unit for picking up Amazon parcels,” they said.

“This would be a convenient divide-and conquer outcome where Amazon and Morrisons specialise where they are best and support each other mutually.”

Alternatively Bernstein said, the deal could be seen as “letting the Barbarians in”.