Challenge to Board Pleanála decision to grant permission 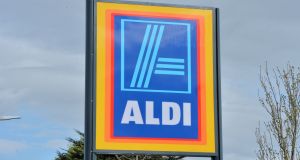 A dispute over a planned new Aldi supermarket in Laytown, Co Meath, has come before the High Court.

A local resident, Eoin Kelly, was given permission by Mr Justice Seamus Noonan on Monday to bring judicial review proceedings against An Bord Pleanála over its decision last April granting permission to demolish a disused nursing home facing the seafront at Strand Road and replace it with a 1,729sq m Aldi store and car park.

The application was made on an ex-parte (one side only represented) basis by John Kenny , for Mr Kelly. Meath County Council and Aldi are notice parties.

Mr Kenny said the challenge is based on a number of grounds including that the board’s inspector limited his consideration of a screening report vis-a-vis the effect of the development on special areas of conservation (SAC) to a 2km radius when he was obliged, under EU habitat regulations, to consider an area within 15km.

The Boyne river coast and estuary SAC is located 4 km north of the site, counsel said.

While the inspector found no direct interference or loss of habitat would occur as a result of the development, he had applied the wrong statutory test in doing so, counsel said.

The challenge is also being brought on grounds the inspector used a flawed approach in assessing spare retail capacity for another supermarket in Laytown.

There was a failure to take into account spare capacity of some 15,000sq m of space in nearby Bettystown, the core retail area for both Laytown and Bettystown in the county development plan, counsel said.

Mr Justice Noonan said he was satisfied to grant leave to bring judicial review proceedings and returned the case to January.