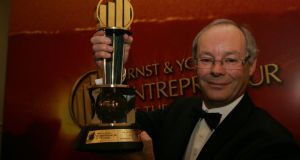 Randox Laboratories, the Northern Ireland-headquartered, clinical diagnostics company, is to create 30 new production jobs at its Donegal subsidiary Randox Teoranta after securing an €8 million deal with a healthcare company in Mexico.

The trade agreement between Randox Teoranta and Central de Diagnostica e Industria, will be signed today at the Palacio Nacional, the headquarters of Mexico’s executive government, and will be witnessed by the Mexican president Enrique Peña Nieto and President Michael D Higgins. Randox established its Donegal manufacturing and research facility, which produces the company’s clinical chemistry analysers and biochip technology, in Dungloe in 2008.

The new trade agreement between Randox and Central de Diagnostica e Industria will result in Randox pioneering laboratory products being delivered to clinics and hospitals across Mexico over the next two years.

The Mexican company said the partnership with Randox directly supports 65 jobs and will generate a further 20 new jobs.

“Of course, it is not just about economic growth and job creation, most important to us is the fact that our technology, researched and developed in Ireland, will contribute to earlier diagnosis, more accurate treatment and better outcomes for patients in Mexico, as well as reducing the burden on the country’s health service.”