Pronanotect may be struck off over delay in registering accounts 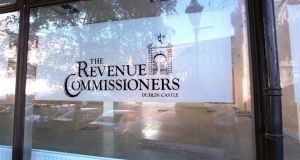 A clean technology company supported by up to €1 million in business expansion scheme investors’ money faces the prospect of being struck off and dissolved for the second time in seven months.

Pronanotect, founded by businessman Declan Conway, best-known for his former involvement with software group, Openet, and trading as Openoils, has been listed for strike-off by the Companies Registration Office.

Companies that fail to file their annual returns and accounts on time with the CRO can be struck off, a move that effectively dissolves them, and which could expose shareholders to liability for debts should the business continue trading.

According to the CRO, Pronanotect was listed for strike-off on March 11th, which leaves it with one month to file returns and avoid dissolution.

This is the second time the company has faced being sanctioned in this way by the registrar. Last September, it was also listed for strike-off, but it subsequently filed financial statements for 2010.


Operational uncertainty
In those accounts, the auditors, Dublin firm Whelan Dowling, said the figures indicated uncertainty as to whether the company could continue as a going concern.

They also stated it was not possible for them to independently confirm that all transactions were properly recorded.

Mr Conway enjoyed a high profile during the technology boom, and represented Openet at the 2001 Entrepreneur of the Year Awards. His association with the firm ended over a decade ago. Since then, he has been involved in telecoms and energy, and in social entrepreneurship.

1 Nama grants Ronan four-month extension on €160m glass bottle site deal
2 Retailers accused of ‘stealing business’ from rivals by flouting restrictions
3 In praise of Gogglebox Ireland, an essential service in all but name
4 How to avoid a communication breakdown
5 How long can Government afford to keep State pension age at 66?
6 Goldman Sachs in talks to take over Blanchardstown shopping centre
7 Outgoing Irish a sitting duck for Covid
8 ‘French people are pretty relaxed. They don’t pander to scaremongering or hysteria’
9 Klaw restaurant fails to stop landlord taking possession in rent row
10 Guinness brings out a non-alcoholic version of the black stuff
Real news has value SUBSCRIBE