What PRSI do pensioners face on unearned income? 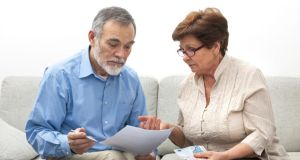 I am a retired teacher and will be 66 this year. I receive a pension based on my service of almost 40 years. My wife and I have several savings accounts such as credit union and various bank deposit accounts.

The cumulative total of unearned income by way of dividend and interest before Dirt is deducted will exceed €3,174, the figure that Revenue has set as the cut -off point for the 4 per cent PRSI charge.

Do we have a liability for this charge? Various suggestions state that a person over 66 is not liable to PRSI. Is this correct?

Could you also clarify if the €3,174 is the amount for each person. Is the 4 per cent charged on the total figure or is it on the excess after the €3,174 is accounted for?

I understand that this tax will be calculated by Revenue after one makes their return on Form 12 at the end of the year.

Will it be off set against the following years allowances or will a demand be sent to the taxable person?


The new PRSI regime on unearned income is certainly causing a lot of confusion, in part because it will require eligible people to file an income tax return.

However, the overriding rule on PRSI (Pay Related Social Insurance) is that it is not applicable to those under the age of 16 and over the age of 66.

This means that, for you, in any case, the additional taxation on unearned income are not a consideration.

That does not mean that your wife is similarly exempt – unless she too is 66.

Having said that, you make the point that while your unearned income may exceed the €3,174 annual threshold, it is form jointly-held savings. To assess individual liability, you would need to split the income accruing from interest on savings, dividends, etc in two to determine whether your wife’s liability is, on its own, higher than the threshold.

In relation to the other issues you raise, it is the case that all unearned income will be subject to the 4 per cent PRSI rate if that income exceeds the €3,174 annual threshold – not just the income in excess of the threshold.

Finally, and possibly most intimidating for people, the PRSI will be collected by way of self assessment.

My understanding is that the necessary form is Form 11, not 12.

Form 12 is for PAYE workers but as unearned income, such as that subject to the new PRSI charge, is outside the PAYE framework, I am told that the appropriate form is Form 11.

As with all tax returns, those with a liability will be expected to settle with the Revenue up front or by the pay and file deadline. The liability will not be set against future credits: that’s not how self-assessment works.


Negligible
value claim on Anglo shares
I read with interest your reply of April 1st on the issue of Anglo Irish shares. Can you tell me if Revenue confirmed they will now accept a negligible value claim for 2009 in respect of Anglo shares?


The response I got from Revenue stated specifically that “Revenue accepts that the shares were of negligible value since 2009”.

This is so even though the bank only went into liquidation in February of last year.

The tax authorities also stated specifically that any losses in respect of the shares “can be offset against gains on other shares in 2009 and subsequent years”.


The best
way to gift grandchildren money?
Thank you for publishing and answering my query recently in relation to gifts to grandchildren. However, you omitted any comment on how best to give money to grandchildren without the Revenue objecting on the grounds that it was a back door method to give financial aid to children , i e their parents?


I did. It is not something I have heard the Revenue raise as a matter of concern. Their position is that capital acquisitions tax is a matter for self-assessment.

Where they have a concern that a gift or inheritance has not been genuine or has not been treated in the correct manner, they will generally enquire of the beneficiary or their guardians.

As a general rule, an inheritance would not be a sum disbursed in banknotes – especially the sort of five-figure sum you were looking at. It would be either an asset which could be transferred into the name of the intended beneficiary or a lump sum which would be paid over via cheque or bank draft.

That, too, would be in the name of the grandchild in this case.

If the child did not have a savings account with a bank or other institution – such as a credit union – one would have to be opened for them to facilitate the lodgment. Of course, you could always consider opening an account yourself in the name of the child. To the best of my knowledge, Revenue does not lay down a particular protocol to govern such bequests or gifts.


Please send your queries to Dominic Coyle, Q&A, The Irish Times, 24-28 Tara St reet, D ublin 2, or e mail to dcoyle@irishtimes.ie. This column is a reader service and is not intended to replace professional advice.