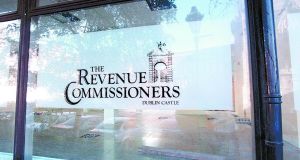 The Revenue Commissioners has collected €9.3 million in unpaid tax, penalties and interest since last summer from contractors who were found to have claimed excessive expenses.

The haul follows an audit programme, known as “the national contractors project”, which targeted people who provided professional, technical, scientific and IT services mostly to large manufacturing businesses through a company structure.

The contractors’ services, in many cases obtained by multinational firms via a recruitment agency, were provided through a company in which they were typically the only employee. However, tax-free expenses being drawn from the companies by the contractors were either not incurred at all, or were personal rather than business related.

The Revenue is now reviewing the audit project and may expand it to other sectors. It will also examine the use of contractors operating abroad “to ensure that they pose no risk of loss to the Exchequer”, Minister for Finance Michael Noonan has indicated.

Since July 2013, a total of 385 audits have closed with additional tax due in 299 cases, while a further 49 people have agreed to settlements. The €9.3 million collected from these cases comprises almost €6 million in unpaid tax, penalties of almost €1.8 million and interest of €1.6 million.

The figures emerged in a written Dáil reply by the Minister in response to a question by Fianna Fáil finance spokesman Michael McGrath.

Mr McGrath called the figures “startling” and said it was clear that “alarm bells” had gone in Revenue offices following an earlier pilot project in the south-west region, which yielded €4.5 million.

“In many instances contractors will have acted on professional advice and the people who provided that advice have serious questions to answer,” Mr McGrath said.

“Any self-employed contractor providing services through a company under contract to a third-party client would be well advised to have their tax situation independently checked to ensure they are not building up a massive bill of underpaid tax.”

Chartered Accountants Ireland said the Revenue had been in direct contact with the professional body on two occasions to clarify the rules on contractors’ expenses. “There was no suggestion that they believed bad advice was being given,” said tax director Brian Keegan. “My own sense is that this is not a rampant, widespread issue,” he added.

Ruairi Kelleher of Contractors.ie, which provides tax services to contractors, said in a statement that the Minister’s reply suggested the Revenue “will not be deterred away from contractors for the foreseeable future”.

Some 368 companies remain under audit and most of the directors involved have already indicated their intention to make a disclosure to Revenue and have availed of a concession whereby they are given additional time to prepare their disclosure.

Mr Noonan said the Revenue has now written to those taxpayers advising that they must complete this process “urgently” if the benefits of voluntary disclosure, which include lower penalties, are to be preserved.

The companies audited by the Revenue typically have few or no employees apart from the directors and may have characteristics such as travel and subsistence expenses that exceed 20 per cent of turnover.

Some of the unpaid tax relates to a misunderstanding about the tax treatement of travel expenses, with the Revenue briefing contractors last year that they cannot have commuting costs to their normal place of work reimbursed tax-free.

However, in some cases the “excessive” expenses had no relation to the business or had not been incurred at all.

The Revenue’s 2013 annual report noted some of the “more egregious claims” that it had encountered. These included travel expenses claimed for a period during which the individual was abroad on honeymoon, and expenses claimed in respect of a company meeting held in the Algarve, Portugal, where the company had no business.