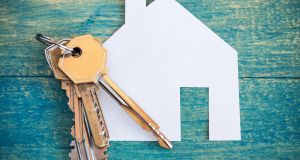 Dublin TDs and property interests are to the fore of lobbying for amendments to the Finance Bill in relation to the help-to-buy scheme, citing unfair advantage for rural dwellers.

Although the Government has clearly advertised the help-to-buy scheme is to benefit those who have bought a house after the July 19th deadline, it has stated that it is when the contracts were signed and not when the mortgage is drawn down.

It is mine and others’ opinion that a house is not legally bought until the bank has released funds and the house has been fully paid for, and that signing contracts is an intention to purchase but is not complete.

My wife and I are in that unfortunate bracket of people who drew down in September but signed contracts in June. We were dealt a hammer blow of having to deal with the new mortgage rules to come up with a ridiculous mortgage deposit, half of which we had to borrow from my wife’s two brothers (which we will have to pay back on top of our mortgage). Now the Government has let us down again after excluding us from a much-needed boost.

I was wondering what your thoughts are on the subject and whether the Government has considered such circumstances when they thought up such a strange rule?

I can’t speak for Government, nor do I wish to but clearly there was a need for some cut-off point and they appear to have chosen the July date when they published their Rebuilding Ireland – Action Plan for Housing and Homelessness document.

Why choose the contract date? Again, I have no detailed insight but once you sign a contract you stand to lose whatever deposit you pay at that time, generally 10 per cent. Before that date, any deposit, such as a booking deposit, is refundable. As the whole point of the scheme is to help first-time buyers struggling to save their deposit under Central Bank rules, I’m assuming the Government considers anyone able to walk away from a 10 per cent deposit as someone not in need of financial support via any rebate.

However, I do know there is intensive lobbying going on in the context of possible amendment to the Finance Bill as it works its way through the Oireachtas to bring first-time buyers of new homes into line with those doing self-build projects (where the cut-off is determined by when the first tranche of the mortgage is drawn down). Dublin TDs and property interests are to the fore of this lobbying, citing unfair advantage for rural dwellers.

There is certainly no guarantee of change but the die is not cast yet. Either way, you should know well ahead of the opening date for applications under the scheme, January 1st next.