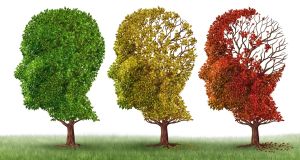 If your mother already has a diagnosis of Alzheimer’s, it may be too late to draw up an enduring power of attorney to ensure that the people she trusts are those making decisions for her should her Alzheimer’s deteriorate

I live and care for my mum, who has been diagnosed with Alzheimer’s but is functioning well and still very lucid.

I moved home from abroad to help out two years ago along with my youngster, now 15, as there was a lot going wrong with her home – no heating, dangerous electrics, loose floors. Mainly though she needed a hand and family close by so I was happy to step up.

If my mum gifts her home now as she is keen to do, what taxes will be due? The home is left to myself and my son in my mum’s will also. We have lived in it for two years and I understand there are some concessions tax-wise after three years.

My mum is 84 and I worry that down-the-track when we do inherit the home, now valued at €340,000, prices will have gone up a lot and there will be a big tax bill and we are just managing as it is.

I am very grateful we will have the home in time but my mum is pretty adamant she’d like to get it sorted now and all wrapped up – as this will give her peace of mind.

I understand your mum’s concern to get this sorted as soon as possible but I have to tell you, it is not a good idea.

Clearly with your mum aging and presumably aware of the Alzheimer’s diagnosis, she is very keen to get her affairs in order while she is still cogent enough to do so. I imagine it is a very difficult time for her and for you, and she does not know just how fast, or otherwise, the Alzheimer’s will progress.

The big issue, put simply, is this: if she gives you the property now, one or both of you and your son could face a big tax bill – either now or down the line; if she holds off and it passes to you under the will, there will very likely be no tax bill at all.

The law has tightened up considerably on parents gifting to their adult children. Essentially, under the law as it now stands, Revenue will not see such a gift as normal family financial assistance.

As such, if she were to gift you the property now, the €340,000 would be set against your capital acquisitions tax (inheritance tax) allowances. What the impact of that would be depends on how it is gifted. If it were a straight 50:50 arrangement, with you and your son sharing the property equally, you would be alright as your half share would be worth €170,000 – well below the current tax threshold of €335,000 for gifts and inheritances from a parent to a child.

Your mum should be reassured that, as long as you and your son are named in her will as receiving her home upon her death, she has nothing to worry about

However, your son’s threshold on any gift or inheritance from a grandparent, or other linear relation, such as a sibling, aunt/uncle or other grandparent, is just €32,500.

The other thing to remember for both of you is that these thresholds are lifetime limits. If you have already received anything over €3,000 from your father by way of gift or inheritance, it would reduce the €335,000 limit available to you now.

Similarly, if your son had received a gift over €3,000 or an inheritance from any aunt, uncle or other grandparent, it would reduce his already limited threshold of €32,500, leaving him with an even bigger tax bill.

And then there is what would happen later on. I assume, as with most people, that her home is probably the single largest portion of your mum’s estate but, when she dies, anything else would also be allocated according to her will. By taking the gift of the house now you, and especially your son, are opening yourself to a further tax bill at that point.

If, however, you wait until your mum passes, neither of you will likely have a tax bill at all. This is because of that “concession” you’ve heard of. Assuming your mum lives another year, you will have lived with her for three years at least before her death. You would then be able to inherit the house under her will without paying any tax.

This is called dwelling home relief and is designed specifically to cater for people like you and your son who have lived with an older relative to provide care or company.

There are some rules. First, and most important, you need to make sure that neither you nor your son has any financial interest in any other property. Second, you will need to continue to live in the house for six years after you inherit.

Yes, you can sell it but you must use all the proceeds to buy another place, or places for each of you. There is also an exemption if either you or your son could not continue to live in the property as their main home because they have been sent abroad to work by their employer.

In that scenario, there would be no tax liability for either of you on the inheritance of your mum’s home. And you would have your full €335,000 CAT allowance available for anything else you might inherit from a parent: your son would similarly have his category B €32,500 allowance available should he inherit anything else from his gran or from any other grandparent or uncle or aunt.

The bottom line is that your mum should be reassured that, as long as you and your son are named in her will as receiving her home upon her death, she has nothing to worry about – and neither of you will have any tax bill to worry about on that score. It really is the best way to do the transfer.

All that aside, the other issue you should be focusing on – if only for your mum’s peace of mind – is whether she has drawn up an enduring power of attorney ensuring that the people she trusts are those making decisions for her should her Alzheimer’s deteriorate.

In its absence, she, and you, could find decisions being taken out of your hands by health professionals and even, in extremis, the courts.

If she already has a diagnosis of Alzheimer’s, it may well be too late for this as she must satisfy both a doctor and a solicitor that she is in full possession of her facilities in drawing up such a document (with her solicitor’s help) and deciding to nominate those people she wants to have her say in her care if she is no longer able to do so for herself.

If not done already, you might enquire about it urgently in case it is still possible but I have my doubts.