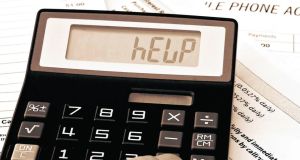 A three-month bankruptcy is suitable for customers of AIB and KBC Bank who have an unsustainable family home or buy-to-let mortgage and additional other unsecured debt.

AIB and KBC Bank have agreed a deal with the Irish Mortgage Holders Organisation (IMHO) which will allow people to be debt free within three months, therefore providing for one of the shortest effective bankruptcy terms in the world.

Under the new structure, clients of the IMHO who have an unsustainable mortgage, and who choose to voluntarily surrender their property, will be processed through an accelerated Personal Insolvency Arrangement (PIA) which will include any unsecured debt that might exist. This would include credit card debt.

The term of the arrangement will be no longer than three months, significantly shorter han curent PIAs, which generally last for either five or six years.

The new timeframe is possible because the Personal Insolvency Act 2012 allows for a shorter period, of any length, if agreed by debtors and creditors. It is effectively a three month bankruptcy, and those who avail of these arrangements will be free of all debt after this period. According to the IMHO, It is suitable for debtors who have an unsustainable family home or buy-to-let mortgage and additional other unsecured debt.

David Hall, director of the IMHO, said that the move is “ a significant and very positive step”.

“This strucure will allow some real movement in the insolvency system, and more importantly, allow people in serious debt to avoid long term insolvency arrangements and bankruptcy terms. This will allow individuals and families to have a fresh start and contribute to society quicker by becoming debt free through a formally binding, legislative framework. For those whom this is suitable it will provide the shortest effective bankruptcy term in the world.”