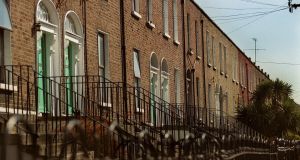 Any reform of the tax exemption on dwelling houses is likely to retain the relief for people who have genuinely been living with, and often caring for, elderly parents

I was wondering what you think is coming up in the next budget? At present a house is tax free if you’ve inherited it while living in it for a few years, but I read that this is being reviewed. I’d just like your take on this.

At this remove, it is hard to have any clear sense of what will be in the budget in October, although there has been some fairly clear signalling of an intention to address/reduce the impact of the universal social charge. Ironic really, as it operates more cleanly and transparently than a lot of our tax system.

In any case, the two driving forces shaping the budget will be, first, the Government’s determination to be seen to share some of the benefits of the recovery – especially after the last election showed the presumption of a rising tide lifting all boats was not shared by the electorate. This might be mitigated somewhat by the second influence – the impact of the UK Brexit vote on the Irish economy and the exchequer.

One of the things that has been brought into the mix is the relief you’re talking about – dwelling house relief. I certainly did see some venting in certain media channels on the subject, much of it very exaggerated.

However, it is true to say that the number of families availing of the relief has jumped sharply, and there are concerns in Revenue circles that it is being abused – which it most likely is.

As usual, eagle-eyed tax specialists have been advising their often wealthy clients of the possibility of providing a home for children without any tax implications on. They have been surprisingly open on the subject of such “tax planning”.

Revenue has been clamping down recently on the practice of wealthy parents financially supporting the lifestyles of their adult children. Most recently in the 2014 Finance Act, it tightened up the rules for such support under section 82 of the Capital Acquisitions Tax Act 2003, covering the “support, maintenance and education” of children. The suspicion is that support no longer available under section 82 is now being redirected to dwelling house relief.

If they have strong grounds to suspect the tax exemption on dwelling houses is being similarly abused, I would expect them to push hard for reform.

Still, the relief is a valuable element of social policy to ensure that family members living with, and often caring for, elderly parents are not effectively forced into homelessness by inheritance tax charges on the death of those parents which forces them to sell the only home they know.

I think, as with the review of section 82, any reform will look to retain the relief for those people who have been genuinely living in the family home for the three years prior to any inheritance with an aged or infirm parent and who subsequently remain in the home (or replacement accommodation) for six years thereafter.