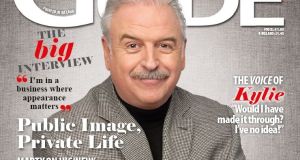 RTÉ had earlier this year hired consultants at KPMG to examine the viability of the sale of the magazine.

RTÉ has decided not to proceed with its attempt to sell the RTÉ Guide title. Employees were advised on Thursday that the magazine will now be kept under RTÉ management.

It is understood the broadcaster received some expressions of interest, but none of them were high enough to make a sale financially worthwhile.

RTÉ said last month that the listings and features publication, which is the biggest selling consumer magazine in Ireland, was up for sale as part of its broader plans to save €60 million over three years.

This triggered alarm at Montrose after it appeared the title’s staff of about 12 would not be permitted to avail of the proposed voluntary redundancy scheme and would instead be transferred to a new owner under less favourable terms.

RTÉ had earlier this year hired consultants at KPMG to examine the viability of the sale of the magazine, which is edited by Catherine Lee and is part of the RTÉ Commercial Enterprises unit.

The National Union of Journalists has welcomed the decision not to proceed with the sale.

“The NUJ was opposed to the proposed sale of the RTÉ Guide,” said the union’s Irish secretary Séamus Dooley.

“We were concerned at the implications for employment but also believed that RTÉ should develop the RTÉ Guide rather than dispose of such a flagship publication. The RTÉ Guide has a committed editor and staff who have always been willing to embrace change.”

“We look forward to working with management on ensuring the evolution of a national magazine which commands unique loyalty and affection.”

The RTÉ Guide had an average circulation per issue of 43,195 in 2018. Its sales rocket in December when television viewers buy the Christmas edition. Last year’s Christmas RTÉ Guide sold about 300,000 copies.