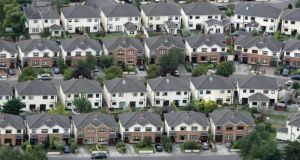 Big international private equity companies, such as Anchorage, Oaktree Capital and Centerbridge, are betting on a continuation of house-price rises in Dublin, according to the Sunday Times. The newspaper reports that the three firms are in a bidding war for a prime development site in south Dublin, and private equity is bidding up the price of development land in the capital.

Central Bank governor Patrick Honohan has promised to deploy “a toolbox of measures” to cool the escalating housing market if another credit-fuelled bubble emerges, according to the Sunday Independent. “We will not hesitate to use them to prevent bank credit from overheating the market,” he said.

The governor said extra housebuilding should alleviate the worst of the shortages affecting the market.

are planning to develop a €40 million to €50 million “centre of excellence” for high-value manufacturing in Ireland. It will be funded by a combination of public and private investment and is part of the Government’s action plan for jobs.

Morgan Stanley has formally advised Royal Bank of Scotland to sell a majority stake in Ulster Bank, says the Sunday Business Post. The paper says a formal announcement may be made this week. RBS chief executive Ross McEwan said last week that “all options” were open for the future of Ulster. US private equity firm KKR is considered front-runner to buy a stake in Ulster.

A former deputy chairman of ESB has told the Sunday Business Post that the energy company’s internal market for dealing in ESB shares acquired through its staff share scheme is a “glorified Ponzi scheme” that disadvantages retired members.

Joe La Cumbre said staff had been “totally sold short” by the scheme, which allows ESB workers and pensioners to buy and sell each other’s shares. Pensioners are due to picket ESB’s headquarters on Thursday.

The Government has sought EU state aid clearance for its €500 million credit union bailout fund. The Sunday Business Post reports that a decision from Brussels is expected within weeks. The establishment of the fund comes as parts of the credit union sector continue to suffer instability, such as the liquidation instigated last week at Berehaven Credit Union in Cork.

The Sunday Independent also reports that research shows the Irish courts system is “ill-equipped” to handle the up to 31,000 repossession cases that have been filed by banks against homeowners.

The research by Davy suggests that the State should implement a fast-track service for the repossession of buy-to-lets.

Irish waste start-up Kollect sees several revenue streams grow 08:32
Profits at insulation specialist Kingspan rise 12% to €500m 07:20
Ires doubles down on building plan, Dr Pepper for Kildare, and staycations for all 06:30
‘There is still potential in the UK market and that is our focus’ 05:44
WeWork decline among factors causing reduction in leasing of flexible office space 05:43
Search executive
jobs on irishtimes.com