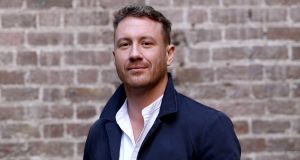 Artist Maser is one of the “thought leaders” hired by Ogilvy company Wilson Hartnell “to use art to bring brands and moments to life for consumers”.

Advertising and public relations group Ogilvy & Mather saw its net profit climb 54 per cent to €1.45 million at its Irish operations last year, as its revenue grew and costs fell.

The group, which includes Wilson Hartnell public relations and advertising agency Young & Rubicam among its subsidiaries, recorded revenues of €18.9 million in the year, up 8.5 per cent on the year before.

Its operating profit swelled 66 per cent to €1.65 million, accounts filed to the Companies Office show. The group employed 97 people last year, down from 105 the previous year and 110 in 2013.

“The group experienced considerable pressure to maintain value over the last few years of trading,” the directors state in a report accompanying the accounts. A “right-sizing” of the organisation and a streamlining its operations has allowed it to grow its operating profits, it said. “However, revenue growth continues to be a challenge.”

Ogilvy & Mather Group Ltd in Ireland is a subsidiary of advertising giant WPP, a FTSE 100 company and the largest advertising company in the world. Ogilvy’s advertising clients in Dublin include Ulster Bank, Primark / Penneys, Heinz and ISPCC Childline.

Earlier this week, Wilson Hartnell launched what it called the WH Culture Collective, which the agency said would allow it to “offer a unique perspective” to clients on sport, art, music, food, digital media, technology, medicine and science.