John McCann to retire as chief executive of Wireless Group 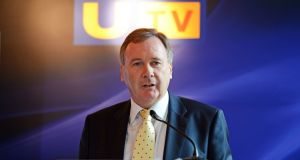 Wireless Group - formerly UTV Media – has said its chief executive John McCann will retire from the company in May.

Mr McCann joined UTV as financial controller in 1983, becoming director and general manager in 1990 and then chief executive in 1999. He will retire at the time of the AGM in May.

The board has asked non-executive chairman, Richard Huntingford, to become executive Chairman and to lead the company’s growth strategy as a focused radio group.

Wireless Group has successfully completed the sale of UTV Television to ITV. The company will now focus solely on radio in Ireland and the UK.

The company has also published a circular in relation to the proposed return of cash to shareholders and accompanying share consolidation.

Davy Stockbrokers said the return of cash is subject to the approval of shareholders and as such the company will hold a general meeting on March 23rd to enable shareholders to vote.