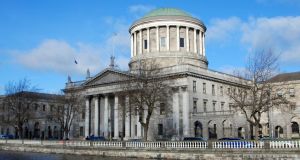 Liquidation of FCR Media Ltd would mean a €8.9 million deficit of liabilities over assets, the High Court was told. Photograph: iStock

A High Court judge has appointed an interim examiner to two related companies involved in specialised sales and marketing and in publishing the Golden Pages directory and employing 103 people.

The petition for court protection and examinership follows a decision by the FCR media group, of which both companies are part, to withdraw from its interests in the Irish market.

As a result of that, Dublin-based FCR Media Ltd cannot continue to meet its obligations as they fall due, it was stated in the petition for examinership. Its debts to creditors as of July 21st last were €5.5 million.

Liquidation of the company would mean a €8.9 million deficit of liabilities over assets and would not be in the interests of the company, its employees or creditors, it said.

FCR Media Ltd publishes the Golden Pages directory and it said the occasion of the 50th edition of Golden Pages in 2018-2019 may be an “appropriate time” to terminate its publication. Circulation of the directory has decreased in recent years from 1.3 million copies in 2012 to 950,000 last year.

While publication of Golden Pages was historically the operation’s core business, the company has had over the year to vary its offerings to meet changing consumer trends and offers a suite of services to help mainly small businesses in setting up and improving their online business profiles, the petition stated.

FCR Media Ltd employs 103 people, 24 of whom were put on notice of redundancy last July, while FCR Tech UAB, incorporated in Lithuania, is its sole shareholder and holds the intellectual property rights to Golden Pages.

On the petition of the two companies, presented by Declan Murphy on Wednesday evening, Mr Justice Robert Haughton said he was satisfied from evidence before the court the two companies had a reasonable prospect of survival provided certain conditions were met, including approval of a survival scheme, securing investment and restructuring or refinancing secured debt.

He appointed Neil Hughes interim examiner and returned the petition for hearing on August 5th.

The alternative to examinership was a winding-up with a deficit of €8.9 million liabilities over assets, he noted.

Mr Murphy earlier told the court the forecasts for 2017 and 2018 were positive.

Both companies form part of the FCR media group which provides search and advertising services in 10 countries in Europe and has more than 1,000 employees across its operations.

The petition said the Dublin company had traded at break-even levels over the last five years with net assets of €3.2 million at December 31st, 2016, but, under current accounting standards, its full liability to the defined-benefit pension scheme is not recognised in the accounts.

In 2015 it entered a funding agreement for €3.7 million to be paid into the scheme over a 10-year period but payments under that would increase significantly in 2018, it said. It was also competing with direct marketing services provided by entities including Google and Facebook but had made significant investment in its operations.

It had been unable to secure financial support from the FCR media group for its efforts to migrate customers prior to discontinuing the Golden Pages directory but had a letter of support from a financial services company which currently provides it with an invoice discounting facility.