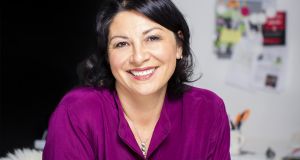 Image Publications Limited, the company behind women’s glossy magazine Image and Aer Lingus’s in-flight title Cara, made a profit of some €40,000 in 2014, according to abridged accounts filed at the Companies Office.

The company is part-financed by long-term loans from two of its directors, Robert Power and Ann Reihill, the documents show.

Image, a 40-year-old monthly title, had a circulation of 22,432 in 2014, according to Audit Bureau of Circulations data. The group is also the publisher of the magazines Image Interiors & Living, wedding title Image Brides (previously known as Bash) and Garden Heaven, as well as the website Image.ie

This year it secured an extension to its valuable contract with Aer Lingus to publish Cara, which was Ireland’s third most-read magazine in 2014, according to figures from research firm TGI. The firm was named publishing company of the year at the Irish Magazine Awards in both 2013 and 2014.