Senior management to stay on at award-winning Irish animation studio 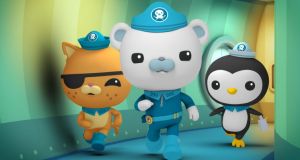 Founded in 1994, Brown Bag Films has produced a large number of TV shows over the years, some of which have been nominated for Oscars

The award-winning Dublin-based animation studio Brown Bag Films has been acquired by 9 Story Media Group for an undisclosed sum.

Under the deal, Brown Bag is to retain its brand and the senior management team, led by co-founders Cathal Gaffney and Darragh O’Connell, will continue to lead the company.

Brown Bag has also announced plans to hire an additional 50 staff in the near future as it looks to reach new markets with its content.

While financial details of the cash and shares deal were not disclosed industry analysts suggested that the price paid was likely to be in or around 10 times annual earnings. The firm’s most recent accounts shows profits of €1.63 million in 2013, indicating that the company changed hands for about €16 million.

Founded in 1994, Brown Bag Films has produced a number of popular children’s programmes over the years, including Doc McStuffins and the Octonauts. Two of these shows, Give Up Yer Aul Sins and Granny O’Grimm’s Sleeping Beauty, were nominated for Oscars. The studio has also worked with many of the world’s biggest entertainment names including Disney, Nickelodeon, BBC, Chorion and Silvergate Media.

The company currently employs 160 full-time staff in Dublin, and has a second office in Los Angeles. It also recently opened a 2D studio in Manchester.

The 9 Story Media Group is one of North America’s largest animation studios with over 250 creative and production staff. Owned by senior management, ZM Capital and media entrepreneur Neil Court and headquartered in Toronto, the company has produced over 900 half hours of award-winning children’s content.

Mr Court joined Brown Bag’s board of directors in June 2014 having advised the studio on original programme development and production for some time prior to that. Mr McCourt previously co-founded Toronto’s Decode Entertainment, which later became DHX Media, one of the largest independent owner of children’s television programming in the world.

Chief executive Cathal Gaffney said following the acquisition, Brown Bag would be able to exploit more of its original content due to 9 Story’s strategic strengths in licensing, distribution and merchandising.

“We’re two very similar companies with complementary skills and getting together is like putting two Lego bricks together and creating something that can be huge internationally,” he said. “For us it’s all about the content and creating great shows and getting them to the widest audience possible and this deal facilitates that.”

“Over the years various people have come knocking at our doors and we always said no because it wasn’t right for the business. Brown Bag Films has funded itself entirely through organic growth over the years and we’ve never had any other investor in the business. It has always just been Darragh and myself and we’ve reinvested profits and built up a very solid business. We never had to a deal, which of course made it a good time to do one,” he said.

“We certainly weren’t motivated by money in doing this but it is significant and I won’t say it didn’t put a smile on our faces,” he said.