Aer Lingus magazine ‘Cara’ to be produced by Cedar 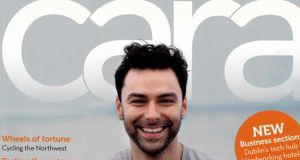 ‘Cara’: the magazine previously produced by Image Publications will now be produced by Cedar

International Airlines Group (IAG), the parent company of Aer Lingus, has appointed the agency Cedar to oversee its portfolio of publications, including the Aer Lingus in-flight magazine Cara.

The contract will see Cedar open new offices in Dublin and Madrid, in addition to its existing offices in London, Cape Town and Hong Kong.

The award-winning Cara, which is one of the most-read glossy magazines in Ireland, was previously produced by Image Publications in a contract that was relatively lucrative for the Irish magazine sector.

However, IAG’s acquisition of Aer Lingus last year resulted in the group business being put out to pitch.

Cedar, part of the Omnicom network of companies, will create “original and bespoke content” and handle advertising sales for Aer Lingus, British Airways and Iberia, it said.

IAG is the world’s sixth-largest airline group by revenue and carries almost 95 million passengers each year.