Reckitt Benckiser to cut costs with tough 2015 ahead 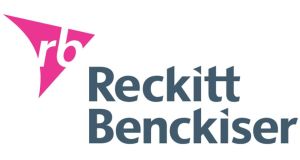 Reckitt will combine operations in Russia and the former Soviet countries with its Europe and North America business, and combine Latin America and Asia with the Middle East and Africa

British consumer goods maker Reckitt Benckiser announced a cost-cutting plan yesterday to adapt to markets that have become more competitive in the face of economic uncertainty.

Reckitt, which spun off its pharmaceuticals business last year, said the new programme was designed to save £100 million to £150 million per year by 2017, and would include some job cuts.

Chief executive Rakesh Kapoor said the plan would look at everything from how employees travel and communicate to how they buy stationary. For example, Mr Kapoor said he would fly economy class on flights under six hours.

The company, which makes Mucinex cold remedies, Durex condoms and Dettol cleaners, announced the cost-cutting plan after reporting a 4 per cent rise in like-for-like sales in 2014, when growth in emerging markets slowed.

Reckitt predicted a similar increase in like-for-like sales in 2015, and “moderate to ‘nice’ operating margin expansion”.

The consumer goods company said it expected to incur about £200 million of costs associated with the cost-cutting project, which includes a geographic restructuring of some businesses.

Reckitt will combine operations in Russia and the former Soviet countries with its Europe and North America business, and combine Latin America and Asia with the Middle East and Africa.

Analysts said the results were ahead of expectations thanks to cost-saving initiatives and retailers in Russia stocking up in the fourth quarter ahead of price increases.

Indivor, the pharmaceuticals business spun off by Reckitt Benckiser as a separate listed business in December, reported an 8 per cent fall in 2014 revenues, and forecast a drop this year as competition for its addiction treatment drug eroded its market share and drove down prices. – Reuters