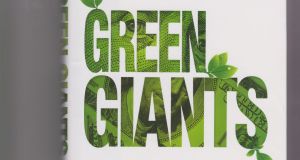 Sustainability has come a long way in a decade. Once seen as a negative thing, sustainability is increasingly being recognised as a source of advantage for business. A number of companies stand out as exemplars in this field and their stories provide the backbone of this book by sustainability consultant Freya Williams.

Williams is as much an insider as an observer, and the blurb here says she was the brains behind campaigns such as Coca-Cola’s PlantBottle, Hellmann’s switch to free range eggs and the award-winning Copenhagen campaign in support of the United Nations at the COP15 climate change conference.

Her skill, it seems, is in making sustainability relevant to the mainstream. Williams has drawn firm conclusions from the case studies she has examined to produce a very readable work on a subject that often receives a dull treatment.

The green giants are businesses with a turnover of $1 billion or more that can be directly attributed to a product, service or line of business with sustainability at its core. They include restaurant chain Chipotle, which raises the meat in all its products in natural and sustainable ways, Unilever which is committed to halving its environmental footprint by 2020 and Tesla which makes the first commercially successful all-electric vehicle. Some businesses, meanwhile, have specific product lines that are sustainable, such as Toyota Prius or Ikea’s Sustainable Life at Home range.

Old attitudes persist, however. Williams quotes conservative economist Milton Friedman dismissing businesses with a social conscience as “unadulterated socialism” in the 1970s. That view has hardened in some quarters, driven by the cynicism and short-term thinking of Wall Street.

Scepticism about environmental concerns is rife in some boardrooms. In a briefing to journalists in 2008, Bob Lutz, then vice-chairman of GM, famously called global warming “a crock of shit”.

The green giants remain the exceptions for now but the scale of these businesses is impressive and more are following. Airbnb, Patagonia, The Honest Company and SweetGreen are all expected to reach the €1 billion mark soon.

Sustainability is not a niche, but an enlightened way of making serious money. Common characteristics include having iconoclastic leaders, such as Chipotle chief executive Steve Ells. We read how we underwent a Pauline conversion to more humane livestock-rearing after being shocked by practices in a supplier farm. He resolved to source more stock from farms with more humane practices. Colleagues argued the extra cost would sink his business to which he purportedly replied: “I don’t care. It’s the right thing to do.”