Sales at Endo jump 18.6% on demand for generic drugs 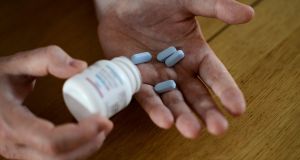 Pharma group Endo International reported an 18.6 per cent rise in quarterly revenue, driven by higher demand for generic drugs it acquired through its purchase of Par Pharmaceuticals last year.

Endo has been in talks about a possible sale of its Canadian specialty pharma subsidiary Paladin Labs to another Canadian company, Knight Therapeutics. The potential deal would help Endo, which has been struggling to cope with pressure on drug prices, pay down some of its $8 billion in debt, while enabling Knight, another specialty pharmaceutical company, to expand further in Canada.

Endo has also received interest in the business from other companies besides Knight, industry sources said.

Any deal would value Paladin at significantly less than the $1.6 billion Endo paid for it in 2014, they said.

Reuters reported earlier this year that Endo has been exploring asset sales as it seeks to pare back the debt pile it accumulated over the course of several years of fast-paced, acquisition-driven growth.

Endo slashed its earnings guidance in May amid fierce competition from generic drug makers, joining the litany of other specialty drug makers, including Valeant and Concordia that have taken similar actions.

Paladin Labs has a suite of branded drugs marketed in Canada for the treatment of conditions ranging from pain to skin disease.

Its purchase of Paladin Labs was followed in 2015 by the more than $8 billion acquisition of Par Pharmaceuticals from buyout firm TPG Capital.

In September, Endo’s previous chief executive officer, Rajiv de Silva, stepped down and was replaced by Paul Campanelli, who had previously lead the Par business.

Mr Campanelli’s promotion has lead analysts to speculate that Endo may attempt to sell off some of its branded drug business, which is more sensitive to pricing pressure than the generic drugs owned by Par.

The company announced on Monday that Terrance Coughlin has been named executive vice-president and chief operating officer and Tony Pera has been named president of Par Pharmaceutical.