Chief executive says shareholders can go elsewhere if not happy 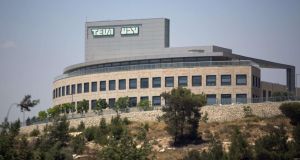 Privately, some shareholders have been scathing about the tactics Mylan used to defend itself from a hostile takeover by Teva. Photograph: Getty Images

Mylan, the generic drugs group, has launched a staunch defence of the tactics it used to repel a $40 billion hostile takeover attempt by Teva, amid pockets of shareholder unrest over the company’s handling of the approach.

Last week, Israel-based Teva dropped its pursuit of Mylan and instead announced an agreed deal to buy Allergan’s generic drugs unit, prompting a decline of almost a fifth in Mylan’s share price.

Privately, some shareholders have been scathing about the tactics Mylan used to defend itself, which included a complex poison pill arrangement made possible by its Netherlands domicile and repeated mudslinging. “Some shareholders believe it is all about price and a few people’s pockets,” Heather Bresch, Mylan chief executive, told the Financial Times. “We know some shareholders are upset but it is very important to remember that there are other stakeholders,” she added, citing the company’s commitment to its employees and customers.

If shareholders did not like the way Mylan’s executives were running the company, said Ms Bresch, then “people can put their capital to work where they like”.

She said the anger among some investors was a symptom of the fact that the US had become “way too shareholder centric. “We are too focused on trading value, but if everyone takes a short-term view it will be crippling for the marketplace. It shows why companies are fleeing our country - it’s not just for tax reasons.”

Mylan relocated to the Netherlands last year after completing a “tax inversion” that allowed it to slash its corporate tax bill. Its Dutch domicile also gives it a more powerful set of tools to repel hostile takeovers. – Copyright The Financial Times Limited 2015