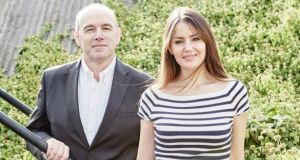 Newly-filed abridged accounts show the Dublin-based company reported losses amounting to €510,971 for 2015 as against €66,445 a year earlier.

Staff-related costs at Nuritas, which has reportedly raised a further €2 million in a fresh fundraising round from investors that include Salesforce chief executive Marc Benioff, rose from just €22,411 to €201,708 as employee numbers rose from just three to 10. Directors’ remuneration totalled €92,292.

Nuritas was founded by Trinity-trained mathematician and bioinformatics specialist Nora Khaldi in 2013 and subsequently spun out of NovaUCD’s Venture Launch Accelerator Programme.

The company has developed a proprietary technology using big data techniques, which sieves through large amounts of data to discover molecules from food and food by-products for use life science industries in products such as supplements and pharmaceuticals.

Nuritas says it can find the molecules - known as peptides - 10 times faster than conventional research means and with 380 times more predictability of discovery and for one thousandth of the cost.

Emmet Browne, former regional president of Pfizer was appointed chief executive of the company last year. Mr Browne was previously the managing director of Wyeth Pharmaceuticals in Ireland, before going to to become regional president at Pfizer. He then oversaw the integration of Pfizer nutrition into Nestlé in 2012.