Games, flat-pack furniture and cakes: how behavioural economics could help 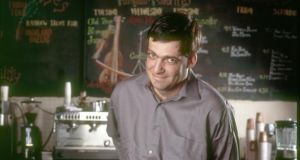 “If I ask you up front would you like to buy this [game] you would say no. But at the moment of slight arousal and interest your behaviour changes. You are invested,” says econimist Dan Ariely, who was in Dublin this week to address the StartupOnomics summit.

In the 1950s General Mills ran into problems selling its Betty Crocker instant cake mix. Nobody wanted it. The cake tasted good but the “just add water” approach was a little too easy.

“They would take this powder and they would put it in a box and they would ask housewives to basically pour it in, stir some water in it, mix it, put it in the oven and voila! you had cake,” behavioural economist Dan Ariely explains in one of his highly subscribed Ted Talks.

“But it turns out they were very unpopular. What they figured out was that there was not enough effort involved. It was so easy that nobody could serve cake to their guests and say ‘here is my cake’.

“So what did they do? They took the eggs and milk out of the powder. Now you had to break the eggs and add them; you had to measure the milk and add it, mix it, now it was your cake, now everything was fine.”

The instant cake mix story is popular in marketing circles but is also one Ariely likens to his “Ikea effect” – as with flat-pack furniture, if you put a lot of effort into making something its value increases.

Both are examples of behavioural economics which attempts to understand the reason people behave the way they do. And both go a way toward illustrating how such theory works in practice in the consumer world. While General Mills was over half a century ahead of the curve, today’s companies increasingly view products and services through this academic lens.

This week Ariely, who is based at Duke University in North Carolina, was in Dublin to address the StartupOnomics summit on behavioural economics, a workshop on how the field of psychology can benefit corporate thinking.

“Behavioural economics and social science more generally is really about understanding human motivation; what drives people in all kinds of ways,” Ariely says.

“I became engrossed with the idea that we repeatedly and predictably make the wrong decisions in many aspects of our lives and that research could help change some of these patterns,” his blog explains.

This new academic pursuit would inspire the production of several non-academic books – notably “Predictably Irrational” and “The Upside of Irrationality” – and Ariely would eventually focus in on companies.

This new age of product design is in its infancy but is far from evanescent. It is increasingly common in the tech sector, particularly with mobile apps, less so with other computer products.

One of the ways to successfully apply the principles, he says, is to be “maniacal” on detail; to understand that simply telling someone how to behave is not always enough. But how is the academic theory effectively applied to commerce?

“Like many other things in society, the companies that are ahead of the pack are not companies that you would say we need more of,” he says. “For example: gambling. If you think about gambling, those people understand human psychology in a much better way and they invest in it much more.”

Gaming companies are astute too. They understand the role of emotions like pride and curiosity, and a sense of progress often validated by the use of “intermittent reward schedules”. And when they have you the pay walls pop up.

“If I ask you up front would you like to buy this [game] you would say no. But at the moment of slight arousal and interest your behaviour changes. You are invested. It is something that you want to do right now. You see the benefit right now. You don’t want to put it down.”

These aren’t the only examples and those who push the positive aspects of behavioural economics point to more benevolent exemplars. Ariely flags the American health app “Pact” which allows users to bet money on their exercise and dietary targets for a week. If they fail, they lose their money but if they win they keep their stake and win portions of money lost by other users.

There is a personal finance app he likes. It shows you how much money you can realistically spend in a day, a system that takes bills and other expenses into account even when your balance looks deceptively healthy.

In all of these examples there is an obvious moral reality: psychological techniques can be harnessed for good and bad.

Behavioural economics is also useful for understanding damaging corporate behaviour, as opposed to learning simply how to manipulate it in consumers. In this sense Ariely believes it should play a more significant role in government or state regulation.

Given the damage inflicted by Ireland’s financial collapse, there is much to consider in terms of the behaviour of financiers and regulators. Here Ariely stresses the need to understand human motivation; by doing that, behaviour can be altered rather than punished after the fact.

“On the question of the [global] financial catastrophes we think that the incentives structure is often making it impossible for bankers to see things in the right way,” he says. “The regulators have been in bed with the bankers as well right? So tremendous conflicts of interest. You could say, oh these are just bad people but no they are not. They are just people with a really bad incentive structure.

1 MSD buys Takeda biologics plant in Dunboyne
2 Berkshire Hathaway profits surge despite $10bn writedown
3 Nine Goodman companies made largely untaxed profit of €170m
4 Sorry, Domhnall Gleeson, I don’t want to chat to you anymore
5 Irish agritech company MagGrow raises €6m in funding
6 What will the office market look like after the great remote working experiment?
7 Making it easier for women to work may be key to future prosperity
8 San Leon acquires 10% stake in new Nigerian oil exporting infrastructure
9 Where do hackers buy their tools?
10 Ten of the most mysterious aircraft disappearances
Real news has value SUBSCRIBE