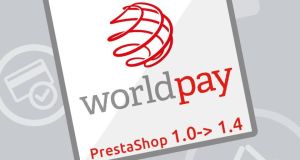 The private-equity owners of Worldpay Group have decided to pursue an initial public offering in which the British payments processor will raise about £890 million, rebuffing a bid by Ingenico in France.

Worldpay plans to list its shares on the London Stock Exchange, it said in a regulatory statement on Friday. The company’s publicly traded shares are expected to be at least 25 per cent of outstanding stock. Advent International and Bain Capital Partners may also sell part of their stakes.

Advent and Bain, as well as other shareholders, including management, would be entitled to 90 per cent of the proceeds from any sale of the company’s interest in Visa Europe Ltd, according to the statement. Worldpay has a 6 per cent stake in Visa Europe and the company is valued at more than $15 billion, it says.

It will retain 10 per cent of any proceeds.

Visa said in July it was in talks to possibly reunite with Visa Europe. Visa Europe is owned by more than 3,000 European banks and has a put option that would force its former parent to buy it within about nine months if at least 80 per cent of its board agrees, regulatory filings show. A deal may be valued at about $20 billion, people with knowledge of the matter said in May.

Ingenico shares jumped as much as 14 per cent in Paris.

Private-equity bidders, including Blackstone Group and Hellman and Friedman, as well as German payments processor Wirecard, were among those competing to acquire the company and had valued it at more than £6 billion, people familiar with the matter said in August.

Advent and Bain bought Worldpay from Royal Bank of Scotland in 2010 for £1.7 billion. The company, which processes in-store, mobile and online payment transactions, reported earnings before interest, taxes, depreciation and amortisation of £375 million last year, on revenue of £3.6 billion. – (Bloomberg)