Swiss leaks: Geneva bank assured client that Revenue would not be given details 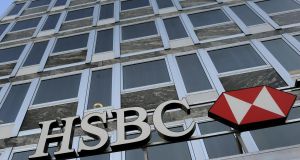 A Co Kerry businessman who was prosecuted by the Revenue Commissioners last year was assured by HSBC Private Banking in Switzerland in 2005 that information about his account would not be given to the Irish authorities, according to confidential files seen by The Irish Times.

John Cashell (59), a director of Radley Cashell Business Systems, Tralee, Co Kerry, had an account with HSBC Private Banking in Geneva and raised his concerns about the effect of the European Savings Directive (ESD) with the bank, in 2005.

Mr Cashell’s bank file records that he contacted HSBC on April 4th, 2005. This was the year the new EU saving directive came into effect, under which banks in EU member states agreed to swap information on interest paid to EU citizens.

A number of non-EU countries, including Switzerland, agreed that while they would not share information on EU citizens’ accounts, they would impose a withholding tax on the interest payments. They would forward this to the appropriate tax authorities without disclosing the client’s details.

The next note on the file is dated September 21st, 2005, and says that Mr Cashell called from Spain.

“Once again his preoccupation is with the risk of disclosure to the Irish authorities. Once again I endeavoured to reassure him that there is no risk of this happening. He mentioned that there had been some high profile cases in Ireland recently that had put everyone on edge.”

The note said that Mr Cashell’s strategy was to “invest via Spanish property (Marbella area) and eventually use this as a means of bring [sic] his funds back onshore. He was not inclined to contemplate any investment beyond short term cash deposit.”

Nevertheless, the bank note said, Mr Cashell was prepared to consider looking at something within a couple of months, at the time of a future visit to Spain. “He will call us, however I have diarised to follow up on 21/11/2005 if we hear nothing.”

Mr Cashell, the note also said, was buying an apartment in Spain and requested the transfer of €83,460 to his lawyer’s account. The files seen by The Irish Times do not identify the lawyer, and Mr Cashell did not want to comment when contacted. Mr Cashell’s bank file says that the correspondence on his account was kept in the bank rather than sent to him in Ireland.

Mr Cashell, with an address in Stacks Mountain, Kilflynn, Co Kerry, appeared in court in Tralee in July of last year and pleaded guilty to three counts of filing incorrect income tax returns ( in 2001, 2002 and 2003) with regard to undeclared interest on offshore accounts containing almost €800,000.

It was not the first time Mr Cashell was in trouble over tax. The court heard that he made a €249,764 settlement with Revenue in 2003. This arose from money in six bogus “non-resident accounts”, held in AIB.

When Revenue got the HSBC data in 2010, it queried the businessman about the Swiss account and was given “untrue and evasive answers”, the court was told. The money in the Swiss account was transferred to it in 2003 from Close Bank, in the Isle of Man, which was shutting down.

While €100,000 had been paid over in relation to the Swiss account, a further tax bill of €246,000 was with the Appeal Commissioners, the court heard. Revenue did not accept a claim from Mr Cashell that a sizeable proportion of the money in the Swiss account belonged to his UK-based father-in-law, John Hickey, the court was told.

The Co Kerry businessman built up Radley Cashell Business Systems from a small- scale office supply business in the 1980s to one that employed 12 people at its peak. The court heard that he was a generous charity worker who had done excellent work for his community. Judge Caroll Moran adjourned sentencing, and in December Mr Cashell was fined €25,000.

A note associated with the file says the client held a meeting with an official in the Rue du Rhone offices in Geneva in June 2005 and that there was a €50,000 cash withdrawal. The note ends: “Ce compte sera remplace par une soc. Offshore”. (“This account will be replaced by an offshore society.”)

In the final quarter of 2012, Mr Coyne made a €350,000 settlement with Revenue, of which €128,797 was tax and the rest interest and penalties. In January last year, Mr Coyne pleaded guilty to two charges of filing incorrect income returns, in respect of the years 2002 and 2009, when he appeared before Galway Circuit Court. Judge Sean Ó’Donnabháin imposed a fine of €10,000, or €5,000 on each count.

The prosecution arose from information obtained under a double taxation agreement with France, Revenue stated at the time. “Mr Coyne was found to be the beneficial owner of an offshore bank account held with HSBC in Switzerland.”

Filings in the Companies Registration Office show that Michael and Eleanor Coyne were the owners and directors of Trusky Homes Ltd, a building company with an address in Trusky West, Barna, Co Galway. Trusky Homes was dissolved in 2000.

The Coynes are former directors of The Hawthorns Management Company Ltd, which was involved in the management of common areas in a development at Trusky West. Efforts to contact Mr Coyne met with no success.

The data associated with the account shows that the related correspondence was kept in the bank and indicates that there was slightly more than $400,000 in it in the mid- 2000s. Mr Mulrooney is described as a “director of a company of tourism” in the file.

The short note accompanying the account says that the visit covered “legal issues” and that the client was “very satisfied”. It concludes: “Additional comments: Ce compte sera remplace par une soc offshore.” (“This account will be replaced by an offshore society.”)

The data indicates that on July 25th, 2005 an account was set up in the name of Mpika Ltd, with an address in the Seychelles, with the same balance indicated as was in Mr Mulrooney’s file, and with him listed as the beneficial owner. There is no note of any visit associated with that account. It is not clear to what extent the offshore entity was in fact used, if at all.

Contacted by The Irish Times, Mr Mulrooney said he did not want to comment on the matter.

Mr Mulrooney appeared on the tax defaulters’ list for the first quarter of 2013, where it was noted that he had made a €412,234 settlement, of which €130,223 was unpaid income tax and the rest interest and charges. The case was listed as a Revenue offshore assets investigation case.

Early last year Mr Mulrooney was fined €4,000 in court for filing incorrect income tax returns in a case taken by the Revenue. HSBC said it could not comment on individual clients, but issued a lengthy statement in which it admitted that the compliance culture in the Swiss bank in the mid-2000s was “significantly lower” than it is today.

European Savings Directive: What is it?

The European savings directive, introduced in 2005, was designed to stop EU citizens earning bank interest in one member state without paying tax on it in the EU member state in which they were tax resident.

The new rule involved banks in the EU giving information to the local tax authorities about accounts held by EU citizens living in other union jurisdictions and was a major blow to bank secrecy being used within the EU to evade tax.

Three EU member states that did not wish to exchange information – Austria, Luxembourg and Belgium – said they would instead apply a holding tax, which would then be paid over to the appropriate union member state tax authority, at the end of each year, without disclosing the account holders’ names.

Dependent territories such as the Dutch Antilles, Jersey, the Isle of Man and the British Virgin Islands, also agreed to apply the withholding tax, as did Liechtenstein, Monaco, Andorra, San Marino, and Switzerland.

A review of the operation of the directive led to new changes last year. These included measures aimed at stopping people using an “interposed legal person”, for example a non-EU foundation, or trust, to get around the effect of the directive. It also broadened the definition of what types of income were covered by the directive.

The agreement with Switzerland also allows for limited information exchange on request.