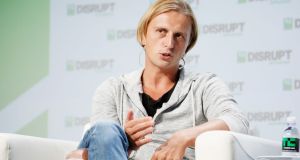 Revolut CEO and co-founder Nikolay Storonsky: “As we grow, we are changing our culture. We do not communicate as aggressively as we did before.”

Revolut, the upstart bank, is considering introducing a disruptive new innovation to its business: a phone number.

Since it launched in 2015, users have been unable to make a phone call to Revolut’s live customer service team, with the London-based fintech company arguing that text-based instant messaging was more efficient.

But some customers have complained about slow responses to their urgent requests for help, while others moan that their accounts were frozen without explanation.

So now, it will accept incoming calls “in certain instances”, said Tom Hambrett, Revolut’s general counsel. “The fact of the matter is . . .in certain instances picking up the phone is a quicker way of resolving a potential problem.”

It may seem a small concession to traditional ways of doing things in the banking industry, but the phone number issue points to broader changes under way at Revolut, as the company looks to shift from scrappy travel money start-up to become – in the words of 34-year-old co-founder Nikolay Storonsky – “the world’s first truly global bank”.

In less than four years, 4.7 million customers have joined Revolut, with 12,000 new accounts signing up each day, making it one of Europe’s best-known and valuable fintech companies.

But Revolut’s quest for world domination has had a troubled winter.

Despite ending 2018 on a high, announcing in December that it was poised to become a full bank after securing a licence in Lithuania, the start of this year has brought a string of negative headlines.

It is not the only fast-growing fintech company to be challenged over whether it has grown too fast – Germany’s N26 is being probed by local regulators – but scrutiny of Revolut has been particularly intense, raising questions about its internal controls and culture.

In the first three months of 2019, it has managed to run into issues with groups including the Financial Conduct Authority, the Advertising Standards Authority and the Lithuanian parliament. Mr Storonsky, who had once proudly advertised his disdain for the concept of work-life balance, faced accusations from former staff about bullying and burnout.

Mr Storonsky appears to have little patience for his critics. “All these claims in the press are completely untrue,” he told the Financial Times during two and a half hours of briefings with Revolut’s senior leadership, including managers from its legal, compliance, technology and human resources departments. “The reality is we have never done anything wrong.”

Speaking in the company’s Canary Wharf headquarters, a defensive and defiant Mr Storonsky would only admit that Revolut’s rapid scaling from start-up to fully fledged bank with about 900 employees has caused some “growing pains”.

“As we grow, we are changing our culture,” he conceded. “We do not communicate as aggressively as we did before.”

On the company’s unforgiving working culture, the Russia-born chief executive who used to be a state champion athlete, said staff’s equity stakes encourage them to do everything they can to make the company a success. “We do work hard, but it’s not because someone is pushing”, he insisted. “I just don’t think anything is wrong with it.”

But Mr Storonsky did acknowledge some shortcomings in the company’s early days. “We were fighting for our survival – there were a lot of fires,” he admitted. “We didn’t really have enough budget to hire a lot of great people in compliance.”

Today, the compliance team has more than 200 people, including 40 of the company’s 200 engineers, who are helping to automate processes that for many traditional banks rely on thousands of people. Revolut plans to double the size of the compliance team again in the next year, even as Mr Storonsky admits that the rapid growth in headcount “creates a bit of friction”.

To help handle that, the company also hired a new “head of learning and development” last year. Adam Harwood joined seven months ago from online retailer Asos, which he said “went through a similar culture change” as it went through rapid growth. In March, Revolut appointed Martin Gilbert, the experienced co-chief executive of Standard Life Aberdeen, as an adviser to Mr Storonsky.

In an illustration of its new approach, the company has switched off the “s” and “h” from the neon sign in its London headquarters that exhorts staff to “get shit done”.

A more substantive indication came earlier this month when Mr Storonsky sent an apologetic letter to the biggest critic of its Lithuanian base. Stasys Jakeliunas, of the ruling Farmers and Greens Union, said he initially saw it as a “step in the right direction”, but was wary that Revolut’s contrition may have been only a “tactical” move.

Revolut is finding that it has to play nice with its incumbent rivals, too. Despite promising to be “radically better” than traditional banks, Revolut and its customer depend on them – for instance as links in the chain of a cross-border money transfer or to issue its prepaid debit cards in new territories.

“You rely on these existing third parties,” said Mr Hambrett. “That, I think, is the challenge of sometimes being loud and brash, but also having to manage stakeholders and communicate to customers. I think we are growing up.”

Recent news about Revolut’s rivals may further illuminate the company’s eagerness to hit the reset button on its brash reputation.

Revolut was one of the first European fintech banks to successfully expand internationally, but British peers Monzo, Starling and Tandem are all working on their own overseas pushes, while N26 is already active in several European markets and plans to move into the US. Monzo is reported to be close to securing a major investment that could see its valuation leapfrog that of Revolut.

To keep up its own ambitious expansion plans, Revolut needs to raise more money in the coming months - without investors being put off by any hint of scandal.

Revolut is planning to launch in Australia, Singapore, Japan and Canada in addition to its long-promised entry to the US. Launching a fully fledged bank in a new country takes £20 million (€23 million ) of capital, said Mr Storonsky, although Revolut can get off the ground in a new market as an “electronic money institution” for far less.

It is now a year since Revolut raised $250 million (€222 million ) in a round led by Yuri Milner’s DST Global, the longest the company has gone between fundraisings. In the meantime, Revolut remains lossmaking. It says 250,000 customers pay a monthly fee of between £7 and £13 for premium features such as travel insurance or faster transfers, about 5 per cent of its total.

In the year ending December 2017, the most recent accounts, Revolut increased revenues nearly fivefold to £12.8 million but posted a pre-tax loss of £15.1 million.

“Investors always want to invest. It is up to us to choose the right timing,” said Mr Storonsky. “For now we are fine. Maybe in the near future we will start fundraising.”

Asked exactly how much Revolut will raise, the hyper-competitive chief executive has only one requirement: “Bigger than the competition.”– Copyright The Financial Times Limited 2019