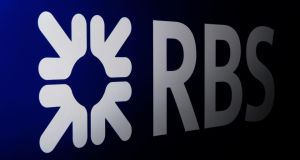 Royal Bank of Scotland faces renewed concerns about its capital position and may have to sell more assets after setting aside more than £3 billion to cover legal and compensation claims for issues dating back before the financial crisis.

The move, expected to drag RBS to a pretax loss of £7 billion to £8 billion for the full year, prompted nine of the state-controlled lender’s top executives to waive their bonuses for last year.

Ross McEwan, who took over as chief executive in October and had already waived his 2013 bonus, said: “I know that this team is not responsible for past mistakes but we are the team in charge of operations now so we need to show leadership.”

The bank said the extra provisions – mainly for an expected settlement of allegations that it mis-sold US subprime mortgages – would be added to previously announced £4 billion to £4.5 billion losses for setting up its bad bank. It said that the combined cost of these measures would drag its core tier one capital target – an important measure of financial strength – almost 50 per cent below the level it has promised to reach by 2016.

Mr McEwan said many of the issues that had forced it to take extra provisions had been included in its capital raising plans. “These are not new items – they have been around and discussed for a while – it is only now that we are able to quantify them,” he said.

Analysts said the moves added to pressure on RBS to raise capital by selling assets, particularly the planned disposal of Citizens Bank in the US, which accounts for about 15 per cent of the bank’s total risk-weighted assets.– (Copyright The Financial Times Limited 2014)