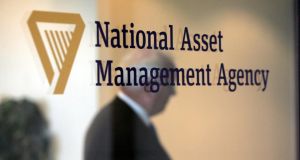 The National Asset Management Agency (Nama) has appointed the UK arm of global real estate group Cushman & Wakefield to provide corporate finance advice on the sale of €8.4 billion worth of par value loans connected with about 500 of its debtors.

The Irish Times has learned that Cushman & Wakefield will be assisted by Lisney in Ireland in its role as selling agent for the portfolio. The appointments follow a recent tender process. They have been charged with advising Nama on the optimal way of bringing the loans to market and achieving a maximum return for the agency. Nama is expected to break up the loans into various portfolios that would then be marketed separately.

Cushman & Wakefield has worked on a number of engagements for Nama, including the sale last year of Project Holly, a €373-million portfolio of Irish nonperforming loans.

Minister for Finance Michael Noonan recently told Fianna Fáil’s finance spokesman that Nama aims to complete this latest sale process by mid-2016. The loans are currently being managed on Nama’s behalf by AIB and Capita Asset Services. They relate to about 500 debtor connections and more than 88 per cent of the underlying property security is in Ireland.

This will be the biggest sale to date by Nama. The loans involve various commercial and residential properties and all have a face value of €75 million or less. It is not clear how much Nama paid for the €8 billion in loans when it acquired them from the banks five years ago, but it will not get back their original value. It will be hoping to capitalise on the strong international investor appetite that currently exists for Irish assets.

In 2014, Nama completed 16 deals worth €10.1 billion, according to a recent report by Cushman & Wakefield. Its biggest deal to date was the sale last year of Project Eagle, its Northern Ireland loan book, with a face value of €5.6 billion. The agency has sold nearly €19 billion of assets since its inception.

This mega sale by Nama is part of an accelerated wind- down plan for the agency, which was originally due to operate until 2020. Two- thirds of its staff are expected to be made redundant by the end of 2016 and its work could be completed by the end of 2018.

Nama was set up in 2009. It paid €32 billion to acquire €74 billion in loans from AIB, Bank of Ireland, EBS, Anglo Irish Bank and Irish Nationwide.