Follow the money to see what happened the stockbrokers’ cash 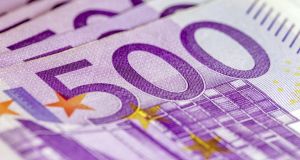 Those venerable stockbrokers over at Davy certainly know how to give a poor business hack an aneurysm.

It filed some paperwork at the Companies Registration Office this week in relation to a recent €15.5 million equity injection into the firm. That’s the simple part. Trying to figure out just who had put in the cash created the headache.

J&E Davy Holdings pumped the cash into the operating company on New Year’s Eve. In turn, an Irish company called Green Note invested the €15.5 million into the holding company.

Ailmount is, in turn, owned equally by about 30 senior Davy executives and partners, including the four men listed, as well as former chief executive Tony Garry and all of the senior figures at the firm.

So, it appears the €15.5 million was ultimately put into Davy by the senior people who are already shareholders.