Quinn counsel claims there is no urgency in appeal 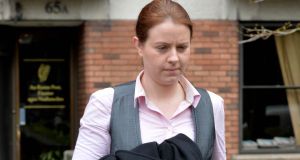 The Irish Bank Resolution Corporation has asked the Supreme Court to hear urgently its appeal aimed at preventing the Quinn family litigating their claims that the former Anglo Irish Bank illegally advanced €2.4 billion loans from 2008 to Quinn companies to prop up its falling share price.

But Martin Hayden SC, for the Quinns, said it was “amazing” that State-owned IBRC (into which Anglo was merged ) was contending that no such unlawful loans were advanced when “another arm of the State” has brought criminal proceedings against former Anglo executives alleging they were.

He said IBRC’s appeal was not urgent, and that the Quinns only had one senior and a junior counsel available to deal with more urgent matters, including their application to join the Central Bank and the Department of Finance as co-defendants with IBRC on grounds alleging they were well aware of the allegedly unlawful loans.

A July 9th, 2008, email from then Anglo chief executive David Drumm entitled “regulator squared” is among documents relied on by the Quinns to support those claims.

Emails between Mr Drumm and Anglo colleague Declan Quilligan that day began with one from Mr Drumm with “regulator squared” in the subject field but no text, to which Mr Quilligan replied: “Excellent! I hope he was grateful!”

Mr Drumm replied: “Excited I would say – I think he is lying awake at night like the rest of us.”

Infamous
Referring to those emails, Aoife Quinn said in an affidavit that she believed the apparent apprehension of the regulator and Anglo was that the bank was running out of time in terms of the funding it could continue to provide to meet margin calls in support of its own shares.

It was around then the “infamous Maple 10 consortium” was put in place and one Anglo email referred to them as the “10 disciples”, she said.

In seeking priority yesterday for its appeal against the High Court’s finding that the Quinns were entitled to litigate claims that the €2.4 billion in loans breached section 60 of the Companies Act (outlawing loans to prop up an institution’s share price) and market abuse regulations, Paul Gallagher SC, for IBRC, said its appeal was “of very singular urgency” because it related to liability for loans of €2.4 billion and the Quinns’ denial of liability for those.

He said if the Supreme Court overturned the High Court’s decision that would greatly reduce the expected six to eight-month duration of the family’s case as the claims of market abuse and illegality would not have to be addressed. IBRC was also still trying to recover dissipated assets.

When Mr Gallagher said the loans at issue in the family’s case were not the same loans subject of the criminal prosecutions, Mr Hayden said that was incorrect.

Mr Hayden handed in a timeline to the Chief Justice, Ms Justice Susan Denham, outlining the various proceedings involving the Quinns which will have them in court on several dates this month, next month, August and October.

His side was trying to prepare for those hearings with very limited resources while the bank had three senior counsel, three juniors and solicitors.

There was no urgency as the criminal proceedings against the former Anglo executives were not for hearing until January 2014.

The Chief Justice said she would give the Quinns to October 31st to file their submissions opposing the appeal and would decide, after reading the submissions, whether it merited a priority hearing.

Liquidators
Next month the Commercial Court will deal with the Quinns’ application to join the Central Bank and Department of Finance as co-defendants with IBRC to the family’s case.

The application is opposed by Kieran Wallace, one of the IBRC special liquidators, on grounds including it comes too late and raises a different cause of action.

In her affidavit for that application, Aoife Quinn says emails and other documents discovered by IBRC, plus various reports and Dáil debates, show the then regulator Patrick Neary and the Department of Finance knew Anglo was advancing unlawful loans to Quinn companies during 2008.

Inconceivable
It was “simply inconceivable” the Minister for Finance was not fully aware of the actions of Anglo, in conjunction with the regulator, to unwind Quinn Contract for Difference positions in Anglo shares, she says.

The Quinns claim the department was actively involved in Anglo’s affairs throughout 2008 and that its conduct in January 2009 was effectively attempting to cover up its knowledge and involvement in matters from September 2007.

1 ‘No demand... because there are no people’ at well-known Dublin pub
2 Divorce: What will it cost and can you afford it?
3 Apple’s $250bn Irish dividend, Bank of Ireland’s U-turn, and the cost of divorce
4 Apple received $250bn dividend from Irish subsidiary in 2019
5 Transferring the family farm without a tax headache
6 Nearly 30,000 could lose pandemic payment if they do not confirm eligibility
7 UK criticised for ‘unforced errors’ on post-Brexit trade deals
8 ‘Humble’ Airbnb going back to basics
9 HSE says fix for Covid Tracker app rolled out to all Android users
10 Pmask coverings likely to suit meat plant workers, founder says
Real news has value SUBSCRIBE