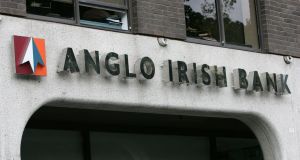 The Chief Financial Officer with Anglo Irish Bank in 2008 expressed surprise at the amount of inter-bank loans to Irish Life & Permanent, the trial of four senior bankers has heard.

The Chief Financial Officer with Anglo Irish Bank in 2008 expressed surprise at the amount of inter-bank loans to Irish Life & Permanent, the trial of four senior bankers has heard.

Anglo’s former Head of Finance, Willie McAteer (65) and the former CEO of Irish Life and Permanent (ILP), Denis Casey (56), and two others are accused of conspiring to mislead investors by using interbank loans to manipulate Anglo Irish Bank’s balance sheets.

The interbank loans allegedly involved money being transferred by Anglo to ILP and then being put back on deposit with Anglo via ILP’s life assurance division.

The transfer would allegedly appear as corporate deposits and not an interbank loan so the bank’s corporate funding figure would appear bigger for the bank’s year-end figures on 30 September, 2008.

ILP’s former director of finance, Peter Fitzpatrick (63) of Convent Lane, Portmarnock, Dublin, John Bowe (52) from Glasnevin, Dublin, who had been Anglo’s head of capital markets, Mr McAteer of Greenrath, Tipperary Town, Co. Tipperary and Mr Casey from Raheny, Dublin have all pleaded not guilty at Dublin Circuit Criminal Court to conspiring together and with others to mislead investors through financial transactions between March 1st and September 30th, 2008.

Matt Moran, Anglo’s Chief Financial Officer at the time, told Paul O’Higgins SC, prosecuting, that on September 30th he became aware that the interbank loans amounted to over €7 billion.

He said he remembered Mr Bowe telling him at the time and that the amount was very significant. He said he expressed his surprise at the amount.

Mr Bowe told him that the government bank guarantee, introduced overnight on September 29th, had “given ILP comfort”, the witness testified.

He said he didn’t become aware that the transactions were “cash for cash” until the end of January 2009.

He said the previous day there was a request from Anglo for emergency overnight funding. He said in the weeks before this there had been a significant outflow of cash from the bank.