Danish bank, which has operations in Ireland, under-estimated the risk of retail loan losses 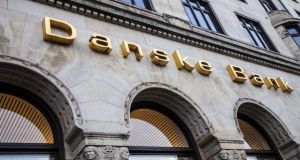 Denmark’s financial regulator reprimanded Danske Bank A/S for underestimating the risk of losses in a part of its retail lending business.

It ordered Danske, Scandinavia’s second-largest bank by assets, to raise its risk-weighted retail assets by 2.7 billion kroner (€362 million). “This is a focus area,” Kristian Vie Madsen, deputy director at the Danish FSA, said by phone. Stricter capital rules “help very little if banks are then able to decrease their risk-weighted assets” without “also having decreased risk,” he said.

The reprimand marks the second time Danske has been ordered to correct its stock of risky assets in 13 months, adding to the bank’s capital requirement. The FSA in June last year ordered Danske to raise mostly corporate risk-weighted assets by as much as 100 billion kroner. Danske this year dropped an appeal against that order, which raised the bank’s capital requirement by $1.1 billion. The two FSA orders aren’t related, according to Danske.

“We have taken note of the order and have made the necessary adjustments,” Peter Rostrup-Nielsen, Danske’s chief risk officer, said in an e-mailed response to questions. The FSA’s latest order left Danske’s total capital ratio largely unchanged at 18.1 percent of risk-weighted assets as of March 31, the FSA said. The ratio was 18.6 per cent as of June 30th.