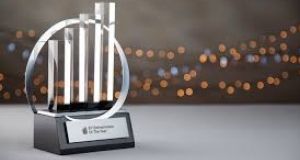 EY Entrepreneur of the Year: The six days in Boston have offered the Irish business men and women (from both sides of the Border) introductions to some of the US’s top entrepreneurs

Last Saturday, some 100 Irish entrepreneurs travelled to Boston as part of the annual EY Entrepreneur of the Year (EOY) chief executives retreat.

The Irish EOY programme has been running for 19 years and is part of a global awards scheme that EY runs in about 60 countries.

The Irish winner goes to Monaco the following year for the World EOY awards, with Stripe our representative next month and regarded as having a shout at taking the gong.

The overseas retreats were initiated in 2004, as a way of allowing the 24 finalists across three categories to get to know each other in advance of the awards ceremony, which is held around October time in the Citywest Hotel in Dublin.

Some years back the trip was broadened out to include alumni (past finalists).

Around half of the EOY alumni in Ireland do business with each other in some shape or form so the benefits of the awards programme stretch beyond the ego boost of being nominated or actually winning a prize.

The value for the entrepreneurs is obvious. It gives them fresh perspectives on strategy and some insights on future trends both from the speakers and their peers from Ireland.

For EY, the awards scheme must cost a packet but it is also a great marketing tool. Who doesn’t want to be nominated for an award?

It has given them feelgood access to hundreds of Irish companies over the years and must have yielded quite a bit of business for the firm on the back of the relationships established through the awards process. While it’s not the Oscars, the scale and success of the EOY awards must be the envy of their Big Four rivals.

There’s Stephen Vernon, a bricks and mortar businessman whose Green Property is in the final stages of closing the sale of the Blanchardstown shopping centre that he created to Blackstone for about €950 million.

There’s Maurice Healy, who has a successful conglomerate of businesses at a time when such business structures are out of fashion.

Then there’s Jim Wright, who has 300,000 pigs in his family business, JMW Farms. It has annual turnover of £40 million with operations in Northern Ireland, the Republic and Britain.

Or Leslie Codd, who runs Codd Mushrooms with his brother Raymond. It’s the biggest supplier of mushrooms in the Irish market and is set to double in size by expanding into the UK with a new facility.

There’s Jimmy McGee, a veteran of plastics group Athlone Extrusions (not Athlone Excursions as many people have mistakenly thought over the years).

This company has had its fair share of ups and downs over the years and was even owned by Sean Quinn at one stage.

There are also a number of technology-related businesses. John Moore of 3D4 Medical, whose technology allows anatomy lectures to be streamed online in 3D.

Or Oneview Healthcare, which has developed software that will make day-to-day hospital treatments more efficient and more interactive for patients, or Ciara Clancy of Beats Medical, which has come up with a treatment to ease the problems that sufferers of Parkinson’s disease have when walking.

Or iCabbi, which has developed a platform to allow traditional taxi companies compete with disrupters like Uber.

And then there’s Brian Lee, co-founder of Freshly Chopped, which offers healthy takeaway salads, sandwiches and wraps. Lee is eyeing at least 10 store openings in Dublin this year while also raising €3 million to expand into the UK.

“I believe I can take this company to be as ambitious as McDonald’s,” he told me on Sunday. “That might sound silly but if I can even get halfway to that it will still be a huge success. My dream would be to create a €30 million to €50 million company within the next seven years,” he said, adding that Germany, Spain, South America and Australia were among the countries on on his radar.

Ireland being Ireland, lots of people will roll their eyes at these statements but like the other 99 entrepreneurs on the trip, Lee is not afraid to fail. It’s the reason why they have created 180,000 jobs between them.

Their optimism and ambition to succeed certainly trumps talking about water charges and Luas strikes.