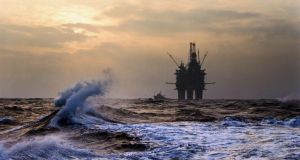 The deal, which analysts said came at a comfortable premium, gives OMV a foothold in one of Norway’s top new developments and underlines a rebound in North Sea investments driven by new discoveries, high oil prices and better recovery technology.

Statoil sold minority stakes in the mature Gullfaks field, the brand new Gudrun development, Chevron’s Rosebank field in the UK and BP’s Schiehallion field for $2.65 billion, but the actual price will be higher to reflect capital expenditure between January 1st and the closing of the deal.

It also agreed optional cooperation in 11 of Statoil’s exploration licences in the Norwegian North Sea, West of Shetland and the Faroe Islands.

“This is a very good price: it’s at two times book value while Statoil itself trades at 1.3 times book value,” said ABG oil sector analyst John Olaisen. “It shows that Europeans are positive about the Norwegian Continental Shelf.”

The cash, in addition to funds earmarked for projects it will no longer own, gives Statoil a sizeable budget to fund new projects, push on with new exploration and appease investors worried about soaring capital expenditure.

Statoil has been short of cash in recent years as it spends heavily on the development of new discoveries in such places as Brazil, Norway and Tanzania in pursuit of higher yields.

For OMV, in the process of exiting lower-margin downstream operations to focus on more lucrative upstream business, the deal gives that effort, cheered by analysts, a major push.

UBS analysts said the deal was “transformational” for OMV and also highlighted how willing the industry was to pay a premium to access strategic resources in Norway – a stable and secure free market in the context of an industry increasingly pushed to more hostile investment climates.– (Reuters)