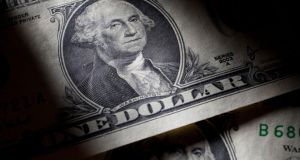 Under the agreement, Worldview, which has a 20 per cent stake in the firm, said it would vote in favour of the placing at an extraordinary general meeting scheduled to take place today and proposed to be adjourned to June 26th 2014. Petroceltic has committed to certain board changes, including a reduction in the the number of members from nine to seven, with at least five independent non-executive directors, of which two would be recommended by Worldview.

The deal will also see modifications to the relationship agreement currently in place between Robert Adair, investment vehicle Skye Investments Limited and the company, including the removal of an obligation for Skye to vote in accordance with board recommendations in certain circumstances.

The agreement should clear the way for the placing to be approved.

“We are pleased to have reached agreement with Worldview, who have been shareholders of Petroceltic since 2011,” said Brian O’Cathain, chief executive of Petroceltic. “We look forward to completing our $100 million placing, welcoming our proposed new directors and to working with them with a particular focus on generating value for the benefit of all shareholders.”

Added Time: this rugby outrage is out of control and can Galway go all the way?