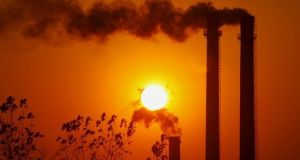 Yemeni forces have fired ballistic missiles at the facilities belonging to the Saudi state oil giant Aramco in the kingdom’s southwest, according to traders citing reports by Iran Press TV and Yemen TV.

Prices were pressured early in the session after Saudi energy minister watered down expectations that the world’s largest producers might agree next month to limit their output.

“We don’t believe any significant intervention in the market is necessary other than to allow the forces of supply and demand to do the work for us,” Saudi Arabian energy minister Khalid Al-Falih told Reuters late on Thursday.

Members of the Organisation of the Petroleum Exporting Countries will meet on the sidelines of the International Energy Forum, which groups producers and consumers, in Algeria from September 26th-28th.

Iran said on Friday that it would co-operate with other producers to stabilise oil markets, but added that it expected others to respect its individual rights.

Many observers interpreted that as Tehran saying it would continue to try to regain market share by raising output after the lifting of sanctions against it last January.

“I do not expect the OPEC meeting in September to agree any freeze or affect the oil market in any significant way. This is because it appears key OPEC members remain more concerned about market share,” said Oystein Berentsen, managing director for crude at oil trading firm Strong Petroleum in Singapore.