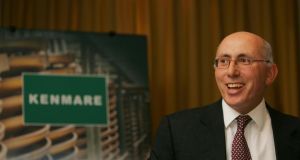 Irish mining group Kenmare Resources has agreed new repayment terms with its lenders for the financing of the Moma mine in Mozambique.

The company was due to repay around $165 million (€120 million) of deferred subordinated debt by August 1st, 2015, but have reached a restructuring arrangement which analysts say should take pressure off the share price.

Under the new arrangement, 50 per cent of the deferred subordinated debt will be paid back in regular installments between August 2015 and August 2019, when payment of the balance, or “debt bullet” will be due.

“Commodities go in cycles, and they are in a serious downcycle at the moment. Consequently we haven’t been building up the cash pile as quickly as had previously been contemplated,” he said.

“If we get, as most people anticipate, an uptake in the product market, [we will be able] to satisfy the requirement in August 2015. But if the downswing were to continue longer and deeper, we might have had an issue. It is best to deal with it now so we are not running up against those fiscal cliffs.”

Negotiations have been underway between Kenmare Resources and its lenders since June last year.

Financial concerns were impacting on investor confidence, with share prices falling more than 50 per cent in the last 12 months, to below €0.20 last week.

“It was a big concern that investors have had. So hopefully it is now a major concern which has been relieved,” Mr Carvill added

The deferred bullet payment will attract an additional 2 per cent interest from August 2015, which will be accrued and repayable when all senior debt has been settled. Subordinated lenders will receive a risk fee of 1 per cent of the principal amount, or $2.47 million, plus $180,000 in fees.

If the company is generating excess cash flows, it can use 50 per cent of it to bring forward the date of the final bullet repayment, saving on interest. The remaining 50 per cent can be paid to shareholders as a dividend.

The second big issue facing the company is problems with power supply at the Moma mine, but the company has recently upgraded the transmission grid and installed voltage stabilization equipment, which has resulted in improvements.

Capacity has also been expanded at the mine by 50 per cent. Offtake of Moma ilmenite in the fourth quarter of 2013 was described as “robust”, with shipments up 60 per cent to 226,600 tonnes over the previous quarter.

1 Guinness brings out a non-alcoholic version of the black stuff
2 How long can Government afford to keep State pension age at 66?
3 How much will a Covid-19 vaccine cost?
4 Frank Fitzgibbon stepping down as Sunday Times editor
5 Donohoe said delay to local property tax reform was ‘untenable’ before deferring it
6 Goldman Sachs to pay record $2.3bn foreign bribery penalty in the US
7 How on earth do we the calculate the cost of Level 5 for the Irish economy?
8 Sherry FitzGerald aims for bigger share of broker market
9 Cases against bank officials blocked
10 Whistleblower warned EY of Wirecard fraud four years before collapse
Real news has value SUBSCRIBE