Tech investor has taken a stake in UrbanVolt, an energy-saving LED lighting firm 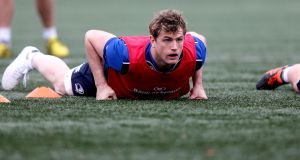 Jamie Heaslip: has a finger in many different commercial pies. Photograph: Donall Farmer/Inpho

Leinster and Ireland rugby star Jamie Heaslip, who was this week appointed vice-captain of the international squad ahead of the Six Nations, has also been busy on the field of commerce in recent weeks.

UrbanVolt doesn’t comment on its financial backers, but a quick snoop around its company documents reveals someone stuck in €450,000 on the day before New Year’s Eve. Heaslip clearly put up at least some of that sum.

The rugby player is apparently well-acquainted with the senior people behind Urban Volt. He is said to view the company as a “disrupter” with a bright future targeting SMEs. UrbanVolt retrofits low-energy lights for SMEs for free and maintains them for five years. In return, the SME splits the savings with UrbanVolt.

Heaslip, meanwhile, should have plenty of businesses to keep him occupied whenever his rugby career ends. He is also an investor in Lovin’ Dublin, Niall Harbison’s foodie website, and Kitman Labs, a sports technology outfit. Ireland’s number eight is also involved with Ian Lucey’s tech fund, while he is also a backer of Dublin restaurant Bear, and the Bridge 1859 pub in Ballsbridge. At least he has somewhere to drown his sorrows if any deals fail to ignite.