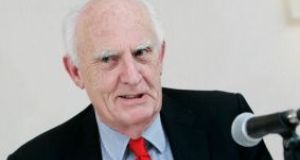 Prof Richard Conroy: he now holds a 24.42% stake in the group

The Irish exploration and development company Conroy Gold and Natural Resources has raised £375,000 (€517,250) through a share placing and debt conversion.

The new shares have been subscribed by chairman of the company Prof Richard Conroy and Patrick O’Sullivan, an existing shareholder.

Conroy said the proceeds of the placing would be used for general working capital purposes and for the funding of the company’s ongoing programme at its Clontibret and Clay Lake gold targets.

Following the issue of the subscription and debt conversion shares, the company’s total issued share capital consists of 5,527,052 ordinary shares.

Following the placing, Mr O’Sullivan’s total holding is now 1,276,376 ordinary shares, equivalent to 23.1 per cent of the enlarged share capital of the company. He previously held an 11.56 per cent stake in Conroy.

Prof Conroy meanwhile now holds a 24.42 per cent stake in the group.